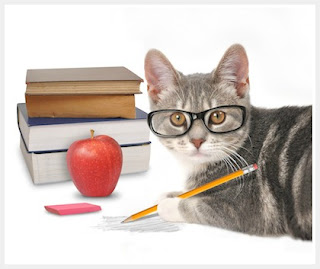 To be a strong writer, you not only have to be disciplined but also have an awareness of what you’re putting on the page. There are rules for effective writing, and you can save yourself a lot of grief if you take the time follow them. Remember, the creativity comes in what you write about and how you handle it, rather than ignoring the rules of English usage and good writing.

While these rules won’t necessarily make you a great writer, they can make you a good one. They can turn a mediocre article or story into a memorable one. And they’re great for revising your work.

USE ACTIVE VOICE. The difference between adequate writing and good writing is the use of  active voice. Make sure the subject of your sentences comes before the action, not after it.

Passive: The painting was restored by the artist.
Active:    The artist restored the painting.

KEEP RELATED WORDS TOGETHER. While this may seem obvious, you’d be surprised how many writers ignore the relationship of one word to another. Most people have a natural instinct for the placement of adjectives. You wouldn’t say, “He drove a red shiny sports car.” Instead, you’d say, “He drove a shiny red sports car.” The same principle should be applied to sentences you write.

VARY YOUR SENTENCE STRUCTURE. Using nothing but noun-verb declarative sentences makes for dull reading. Break up the monotony by writing sentences that begin with dependent clauses. And don’t be afraid to use short sentences for emphasis and throw a question in once in a while.

Because it’s so large, the climate of Brazil comprises a wide range of climatic conditions. Brazil dazzles the visitor. Did you know that you can go horseback riding in the Pantanal, kayaking in the flooded forests in the Amazon, and surfing off the palm-fringed beaches in Rio?

NEVER USE TWO WORDS WHEN ONE WILL DO. In writing, less is more. Usually one vivid word will do the same job as two weaker ones as in the case of two adjectives.

Another incidence occurs when you use an adverb with a weak verb. Often you can substitute a stronger verb for a verb/adverb combination.

AVOID WORD REPETITION.  Readers tire seeing the same words over and over in the same sentence or paragraph. This leads them to believe that they’ve been reading the same text over again. The exception is when you repeat a word for emphasis. Use pronouns and synonyms to add variety to your sentences.

But this: The cigar store Indian, used to represent a tobacconist, was in the likeness of a Native American. They stood were three-dimensional and stood several feet tall. Today, collectors of advertising memorabilia covet them.

LISTEN TO THE RHYTHM OF THE WORDS. The best writing has a rhythm to it, just like music. Hemingway knew this and sometimes spent hours searching for a word that fit into the rhythm of what he wanted to write.

The hills across the valley lay long and white, like a line of white elephants.

USE PARALLEL CONSTRUCTION. Parallel construction allows you to write in an interesting way by aligning your verb tenses and uniting phrases with a common construction.

REPLACE ADJECTIVES AND ADVERBS WITH VIVID NOUNS AND ACTIVE VERBS. Cultivate the use of strong verbs and concrete nouns. They are the most powerful tools in a writer’s arsenal.

WRITE CINEMATICALY. When you write, think visually. Language holds endless possibilities for a creative approach to expressing an idea. Use a long shot for an overview of the scene, then move in closer for the details. Be sure to make the movement from one shot to another smooth and logical.

Charlie heard loud noises coming from the street. He moved over to the window of his apartment and looked out at the streetlights. There, down below him, a woman struggled as a man tried to take her purse.
Posted by Bob Brooke at 9:06 AM

There are rules for capitalizing titles which can be very extended, we’re going to show you some of the most common problems with plural nouns and their rules so you can fix them if you tend to commit any of them.