Tools of the Trade Back in the good ole days—were they really as good as everyone thinks—writers used quill pens, then pens of other sorts and paper to put down their thoughts. Eventually, the typewriter appeared. This invention made work for writers like Mark Twain, one of the first to own one, much easier.

Just when the electric typewriter—the IBM Selectric, with its rotating and interchangeable font ball, topped the list—the electronic typewriter, with its computer-like keyboard appeared. Writers wondered how life could get any better.

Well, it did. With the invention of the personal computer, writers’ productivity increased tenfold. Not only were the keyboard keys extremely light to the touch, but also this machine could store documents for future use and reworking. Editing, formerly a long and laborious process of marking up printed papers, soon achieved great speed through copy and paste techniques.

Over the past 25-30 years of my writing career, I’ve seen and tried them all. I entered my career with a big, old, black, clunky Remington typewriter, followed shortly thereafter by a sleek Corona portable. I hated typing. Each character required so much effort. For a while I rented an IBM Selectric and fell in love with it. After my first article sold to Popular Mechanics Magazine, I took the money and bought myself a Brother Electronic typewriter. This was even better than the IBM I had been using. 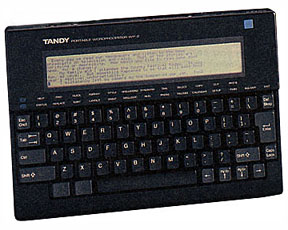 But in 1989, that all changed for me, for that’s when I entered the Computer Age. My first, a generic IBM compatible XT clone, seemed like something out of the far future. My productivity took a quantum leap. After that, I purchased a new desktop about every three years—my attic is literally a virtual museum of computing. I also purchased a Tandy portable wordprocessor that helped me to tackle notetaking on the go. I added several laptops to the mix, plus a computer just for my photographic work. And that’s only the hardware.

Along with all the various computers came a myriad of software—wordprocessors, spreadsheet programs, photo editing programs, you name it. I felt as if I was on a Tilt-a-Whirl at times. No sooner did I learn a program, then a new version came out, eventually making my work even more productive.

And that’s the key—productivity. As a writer, it’s imperative to keep up with the latest technology, the tools of your trade. While you don’t have to purchase the latest and greatest computers or software, you should have examples of each that make your work easier. If you’re still writing on a legal pad, then it’s time to make the leap.

To give you an idea of what you could be doing, let’s jump to the present. I no longer go to computer stores to buy equipment. Instead, I purchase lease-back, refurbished Dell desktops, complete with a later version of Windows, from Computer-Show.com. I’ve purchased four of these powerful systems from them for about $300 each and love each one. Since I began with computers that used floppy disks and newer computers today don’t have them, I make sure that my systems all have them. In addition, I also have CD and DVD players and writers that make my systems truly multimedia.

My laptops are all the same make and model IBMs. This allows me to use them and their accessories interchangeably. I do lectures and seminars as part of my work and these allow me lots of flexibility.

Software is a big part of my writers tool kit. Corel WordPerfect X-4, the latest version, is the cornerstone. It allows me to work and read files in both WordPerfect and that other nasty program, Microsoft Word. I also use Dragon Naturally Speaking, a speech-to-text program that helps me take notes from books and convert my handwritten notes to digitized text.  Using these programs, I was able to produce two books of over 100,000 words, each in 10 weeks. With my old systems and programs, that would have been impossible.

Other programs, like Iambic’s ExpenseDirector, incorporated into my Palm Pilot, allow me to keep records of all my expenses—a true boon at tax time. A program called Paperport allows me to use my computer and scanner as a copy machine. And either Corel WordPerfect or Adobe Acrobat allow me to convert my manuscripts to PDF files for producing e-books.

As a freelance writer, I’m both a writer and a business person. I’ve set my office and tools up with care so that my productive capacity is as high as it can be. And high productivity using the best tools you can afford equals higher profits.
Posted by Bob Brooke at 8:10 AM