What Do You Know About Our Language? 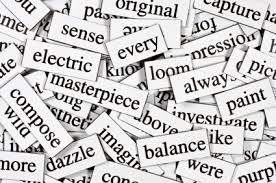 As an American writer, you write in English. You’ve spoken and written in this language all your life. You take it for granted. But what do you really know about the English language?

Ask anyone who speaks English as a second language, and they’ll tell you how hard it is to learn. While Russian seems like a difficult language, it pales when compared with English. The reason our language is so complicated is that it’s actually derived from most of the European languages. You probably recognize certain French, Spanish, Italian and even Portuguese words. And you certainly know many German words, but did you know English also includes words from the Slavic languages, including Russian, the Scandinavian languages, especially Danish, and also Celtic.

English is directly descended from the language of the Germanic tribes—the Angles, Saxons, and Jutes—who invaded the British Isles in the 5th and 6th centuries, driving out or absorbing the Celtic inhabitants after the Romans withdrew. We can date the three periods of our language—Old English, used until about 1100 A.D., Middle English, used from about 1100 to 1500 A.D., and Modern English—to this Anglo-Saxon invasion.

Old English consisted mainly of Anglo-Saxon words with a few Old Norse words thrown in. These came from the Vikings who invaded the British Isles in the 8th through the 10th centuries. This early form of English used inflectional endings similar to those used in modern German and a much freer word order than exists in Modern English. Thus, Old English depended upon changes in the forms, particularly the endings, of words to show their relationship to one another. Personal pronouns---I, me, my, mine and so on—are among the few types of inflection remaining in English today.

Middle English was a transitional form of our language influenced by the Norman Conquest in 1066. The Normans also were Vikings who settled in northern France and who had gradually exchanged their native Old Norse language for Old French, which contained Latin, Scandinavian, and French words to England. For nearly 400 years French was the major language of the ruling class while Old English became the language of commoners.

As the Normans became culturally and politically separated from Europe, their association with the English-speaking common people gradually led to the resurrection of English as the spoken language of all classes. For example, beef (boeuf), mutton, and venison—words of French origin—describe meat cooked and served at the table while cattle, sheep, and deer—words of Anglo-Saxon origin—describe meat on the hoof in the field.

Word order became the principal means of conveying meaningful relationships among words in a sentence in Middle English. At the same time, the number and importance of  articles, prepositions, and conjunctions grew. During the Middle English period, the dialect spoken in London emerged as the basis for standard English. Also, most of the major writers of the late Middle Ages used it. And at the time, there wasn’t a single literary language. Goeffrey Chaucer, an English writer of the period, wrote his Canterbury Tales in the dialect of London of Middle English.

The shift from Middle English to Modern English occurred during a series of pronunciation changes known as the Great Vowel Shift. As a result of these changes which took place between 1350 and 1550, English began to sound more as it does today.

The invention of the printing press had a positive effect on the development of English. Printing, and the subsequent increase in people who could read and write, tended to slow change and foster greater stability and standardization in both the spoken and written language. The downside was that word spelling became more confusing because of the Great Vowel Shift.  Sir Thomas Mallory wrote Morte d’Arthur, his famous tale of King Arthur, during the early years of Modern English.

Modern English adapts to the changing needs of writers who use it. And while most of the changes occur in vocabulary, modern usage has changed forms and uses of punctuation, and even sentence structure.

Next Week: I’ll be looking at some of the ways English has changed since the 19th century.