Is Writing a Pastime or a Business? 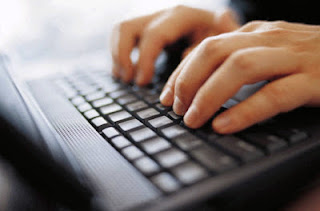 For many writers, perhaps yourself, writing starts off as a pastime. People dabble in it as much as in photography, cooking, painting, and sculpture. It’s funny, but they don’t seem to dabble in medicine or law or engineering. Do you ever wonder why that is?

For the latter subject fields, you need extensive education. But for the former ones, albeit those centered in the arts, you need little or none. In many cases, writing, photography, painting, and sculpture, and even music come naturally. This is where talent enters the picture. But it takes a lot more than talent to earn a living in any of the arts.

Because the arts come easily to so many people, society considers them pastimes. Doctors, who study for years to practice medicine, think nothing of dabbling in writing or photography, for instance, when they retire. They see it as fun. And they’ll be the first to laud over you the many years and tons of money it cost for them to go into practice.

And there’s the other rub. Except for extreme cases, it doesn’t take much money to get started in the arts. Look at writing. All you need is a pen and paper—or in today’s world, a laptop computer or tablet. The rest comes out of your head. If you have any talent for writing at all, you’re on our way.

So then what’s the difference between a writer who dabbles in it on nights and weekends and one who puts his or her heart and soul into it every day? Nothing really—at least on the surface. But underneath, the writer who works at writing every day has a different mindset.

Too many writers view writing as a divine pastime that shouldn’t be tainted by money. Not so long ago, society considered non-fiction writers as hacks because they got paid for their work. It accepted the idea of them working as journalists, but doing it on their own was folly. Fiction writers, on the other hand, rested high on a pedestal, put there by generations of students whose English and literature teachers instilled in them the lofty attainments of the greatest writers of all time—all, by the way, writers of fiction.

Times have changed thanks to writers like Truman Capote and John Updike, to name just two. Both experimented in crossing the border between fiction and non-fiction, thus graying the line.

Writing is hard work, even if you’re just dabbling in it. But if you’re serious, then it’s time to move up to a higher plane. It’s time to make all that hard work pay off.

Because it’s so easy to get started writing, many beginning writers think they can catapult to the top overnight. Some lucky ones have done just that. But of the thousands of writers out there, only a handful have done this. The rest have had to work long hours to get their pieces recognized and published.

If you want to work towards writing full-time, then you have to start slow, in your spare time. But keep that goal of getting paid for what you write in the forefront of your mind. In fact, make a sign and pin it up over your computer reminding yourself that your intent is to get paid. You might even want to do what many small business owners do—they frame their first dollar.
Posted by Bob Brooke at 9:51 AM