All Neatly Wrapped Up 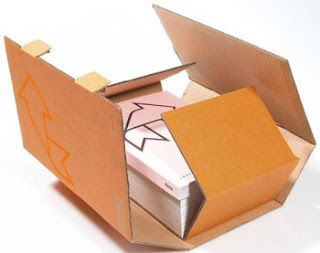 I’m sure you’ve seen the piles of books on the discount tables in bookshops. Perhaps you’ve bought a few dozen copies over the last few years.

Some of these, while they have an author or several listed, just don’t seem like the kind of books a writer might come up with. You know the kind—diet books, coffee table books, health books, travel guides. Well, you’re right. They aren’t.

These types of books most likely resulted from a book package assembled by what’s known as a “book packager.” All are non-fiction and many are part of a series.

So what is a book packager? Instead of a writer coming up with an idea, a third party either creates the idea for a book or gets it from a publisher looking to produce a book on a particular subject to compete with other houses publishing books on the same subject. For instance, ever publisher of travel books wants to have at least one on Mexico, even if duplicates what the competition has on the shelves.

The book packager acts much like a film producer, thinking up the idea, hiring a writer or writers, finding a publisher, and often hiring illustrators, photographers, indexers, cover designers, and the like. In other words, the packager produces the whole package.

Publishers like to work with packagers because the latter does most of the work of producing a book. The publisher also gets exactly what he or she wants and doesn’t have to waste time shopping around.

Sometimes, publishers act as their own packagers, then shop the book package around to agents who find a writer or writers.

So what’s the advantage of working with a book packager? For one thing, you don’t have to go through the agonizing frustration of trying to sell a book idea to a publisher. The idea has already been sold and approved. All you need to do is agree to write it.

But there is a catch. In order to work with book packagers, you have to have been published already—usually a book or two, plus lots of articles—and on in a particular subject area.

Book packagers are business people who look for writers who specialize in a particular subject area. They want a writer who knows a subject well enough and has enough contacts to get right into the project and not have to learn all the basics. They also want a writer who knows how to write a book—someone who has been through the process before. Deadlines for book package projects are notoriously tight—sometimes as little as 10 weeks. There’s no diddling here. Newbies need not apply.

Payment is often work for hire. In other words, you get paid a specified amount for the entire project, paid in three or four installments. This often works out better than if you sent in a book idea, got it approved, and got paid royalties. Most writers never see any additional money beyond their advance. All you have to do is write the book and do a final edit on the galleys. It’s up to the publisher and/or packager to promote the book. Often the publisher doesn’t care how many copies sell as long as he or she maintains a presence on the book store shelf alongside the competition.

If you think you might be interested in giving this a try, you’ll have to make yourself known. That means promoting yourself and your work through whatever means possible. The more well know you are in a particular subject field, the more likely book packagers will come to you.
Posted by Bob Brooke at 11:19 AM