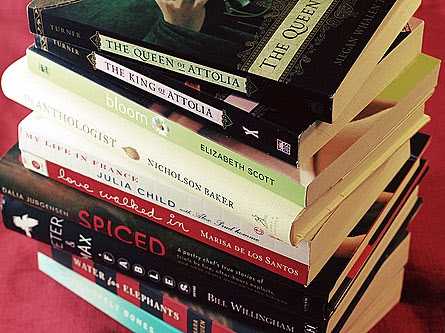 Everyone today seems to be in a rush to do everything. And that includes writers. The trend over the last several years seems to be to write a book, namely a novel, in just 30 days. While that may not be impossible, is it good for the book or the writer? The answer is probably not.

Books like Write Your Novel in a Month and 90 Days to Your Novel from Writer’s Digest Books say something about the world we live in.

Many beginning writers look at a book as their ticket to fame. Sure, a few fine writers have achieved fame from their books but only because they were really good writers in the first place who thought out their books carefully.

This all began in 1999 with National Novel Writing Month, abbreviated to NaNoWriMo, an annual Internet-based creative writing project that takes place during November of each year. It challenges participants to write 50,000 words of a new novel from November 1st until the deadline at 11:59 P.M. on November 30th. Supposedly, the goal of NaNoWriMo is to get people writing, who might not otherwise do so, and keep them motivated throughout the process.

To ensure this, the project tries to make writing seem like a fun, community activity.  And while it can be fun, writing, itself is a solitary activity. The Web site does provides participants with tips for combating writer's block, lists of local places where writers participating in the project meet, and an online support through forums.

NaNoWriMo focuses on completion instead of perfection. It emphasizes the length of a book rather than the quality, encouraging writers to finish their first draft so that it can later be edited by the author.  Encouraging creativity worldwide, the project began with  21 participants and now boasts a participation of over 200,000 – writing a total of over 2.8 billion words. That’s a lot of words, but do they mean anything.  Of the thousands of participants completing thousands of novels or parts of novels, only 100 have been published by traditional book publishers. Even taking into consideration others which have been self-published, that’s still not a great percentage for the number of would-be writers involved.

While finishing a novel in 30 days may seem like an achievement, it’s no more one than running in one of those 10K races for some charity. NaNoWriMo is essentially a race against time. And while it’s intentions are admirable, too many wannabee writers have begun to think that they should rush to get their novel done in a certain amount of time.  This is probably because they lack the long-term motivation to see a book to its completion. And in many cases, their writing skills aren’t up to writing a project of a book’s magnitude.

What many beginning writers fail to see is that what they write is a very rough draft that will need hours and hours of work to get it to the polished, published stage. The best novels and non-fiction books out there takes months, sometimes years, to write. They take careful planning and, in the case of novels, plotting. “Off and running” just won’t do.
Posted by Bob Brooke at 1:09 PM