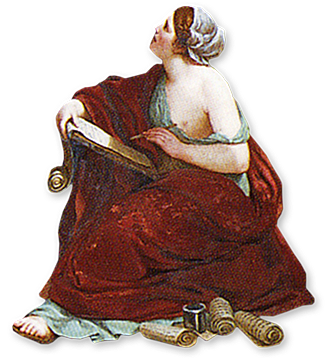 Did you ever wonder why some writers produce an exhaustive amount of material and others very little? The same thing seems to go for songwriters. The answer is complex but usually boils down to the fact that prolific writers do some things that the others don’t. They feed their muses in a number of odd ways.

First, there are the writers that proclaim they have a book inside them waiting to get out. So why can’t it escape the confines of their brains. Usually, it’s because their writing skills aren’t advanced enough to express their idea successfully. Later on in their career, after their writing skills have developed more, they can develop that same idea with little effort.

But what about the writer who produces one successful book and then seems to disappear from the scene. Much like the musical artist that produces one hit and fades into the background, so the one-shot-wonder puts so much effort into their first work that they lose sight of the bigger picture and don’t produce anything again.

The difference lies in looking versus seeing. Most people, including the one-shot-wonders, look only where they have to to survive. They focus so hard on that first, or perhaps even second or third, work that they don’t prepare themselves for anymore. But prolific writers and musical artists embrace the world around them. They pay attention because ideas worth capturing are happening all the time right next to them. They just see it where others don’t. Eyes that look are common while eyes that see are rare.

Prolific writers know how to beat resistance—that insidious force that works to stop creativity and progress. It’s the voice that says, “You’re tired. You can do it tomorrow. You’re really not that good. You could spend ten years slaving away and, chances are, it’ll all be for nothing.” Resistance is the true enemy to success. Prolific professional writers realize this and know how to beat it by constantly keeping something in the works, by constantly keeping their irons hot. They’re constantly writing. While they may not be writing books all the time, they produce blogs, stories, and articles—all sorts of projects that require the same method of creative thinking.

Creating something is difficult, usually lonely work, for any writer. Most think they can do it, but then find out they can’t. There are probably more half-written books out there than there are completed and successful ones. Professional writers live with the fact that producing a book is hard. So if they want to be a successful, prolific writer, they have keep their head down and trudge forward when everyone else has given up.

Successful writers don’t say no to new ideas. They know what risk is all about. They’ve tried things and failed. They can taste success. Let’s face it, mediocrity loves company. Prolific writers see beyond their ideas. They believe anything is possible. Whether or not it turns out to be true doesn’t really matter. Genius is seeing the inevitable before everyone else, the possibilities before it’s even a consideration.

Above all, prolific writers have passion—a passion for writing in general and for one type of writing in particular. Some derive pleasure from writing non-fiction books, realizing that fact is often more tantalizing than fiction. Others like to delve into the fantasy world of novels, literally creating life before them. And still others fall in love with the beautiful rhymes of poetry. Whatever the end result, a writer’s passion is what’s behind a work’s success.

If you’ve ever listened to prolific writers on T.V. talk shows, they all seem to have one thing in common—a stubbornness that’s often seen as ego or attitude. Sometimes it is, but most of the time it’s simply seeing the world for what it could be and expecting nothing less than passion and belief from those who normally don’t. But nothing great ever came from mediocre minds. So feed your muse daily and sit down and write.