Does One Book a Writer Make? 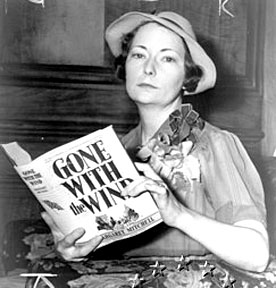 Several nights ago I watched two very special T.V. shows on my local PBS channel. Both were part of the series “American Masters.” Both dealt with two very—and I emphasize very—famous writers, Margaret Mitchell and Harper Lee.  The first I knew about, the second I hadn’t heard of before.

Just about everyone knows that Margaret Mitchell wrote Gone With the Wind. But I bet there are a lot like me, especially older people, who didn’t know that Harper Lee wrote another famous book, To Kill a Mockingbird. In Mitchell’s case, I assumed she had written a shelf full of books and short stories. And in Lee’s case, I guess since she was a writer, she must have written other things. I was wrong on both counts.

Both writers each wrote one and only one book. Both books became runaway bestsellers. And not only that, Mitchell’s book has made more money than any other in U.S. history. So what happened to each of them? Why didn’t they produce more?

At the time both of them wrote their books, being a literary writer was the epitome of the art. Readers raised fiction authors up on pedestals a mile high for all to see. Non-fiction writers—notice the difference in terminology—they classified as “hacks.” Heaven for bid you made a living as a writer! To be deemed a success, you had to live in a one-room garret and struggle to make your rent.

Today, thanks to writers like Truman Capote, Tom Wolfe, and John Updike, non-fiction writers have finally achieved their rightful place in the writers’ pantheon. But for Mitchell and Lee, the novel was king.

To understand why neither writer went on to write more, it’s important to look at what they wrote and how they wrote it.

Margaret Mitchell wanted to become a writer. In fact, she wanted to work for a living, something a woman of her social stature wasn’t supposed to do. She eventually got herself a job as a reporter with an Atlanta newspaper and was good at it. She enjoyed interviewing celebrities and working on gritty investigative journalism pieces. But in society’s eye, she wasn’t a writer. So she quit the paper and began writing a novel, a very long novel. The publisher of Lippincott Books of Philadelphia went to see her (Imagine that happening today?). But at first she told him she hadn’t written anything because she was embarrassed to show her manuscript to anyone. Eventually, she told him she had written a book but still refused to let him see it. Finally, she gave in because she figured a rejection from a top publisher would look good on her resume. He read part of the manuscript on the train on the way home. Although he loved the story, he said the manuscript was in very bad shape.

The important point about Mitchell was that she had quite a reputation as a person. The publisher came to see her and wanted to know if she had written anything. It’s like publishers today going after celebrities for books about them. What the publisher liked about Mitchell’s work was the story. So he signed her immediately and assigned an editor to work with her. After working for two years with the editor to get the book in shape, Mitchell finally had a book that was publishable. 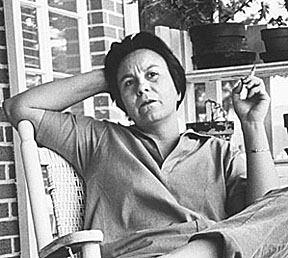 A similar experience awaited Harper Lee. She had written several short stories but wasn’t getting anywhere. Then she wrote To Kill a Mocking Bird, her first and only book, and actually the last thing she wrote. After completing the manuscript, she sent it around to a dozen publishers, all of whom rejected it because of its edgy topic, civil rights, and relatively poor writing. As with Mitchell, the publisher that finally accepted it assigned an editor to work with Lee for the next several years, rewriting, and rewriting, and rewriting again.

It just so happened that Lee lived next door to Truman Capote. They grew up together and became close friends. However, Capote knew he wanted to be a great writer and worked hard at it. He became jealous of Lee when her first and only book received the Pulitzer Prize—an award that Mitchell also received—and gradually left her in the dust.

And while both Mitchell’s and Lee’s books did a lot to change how people perceived slavery and civil rights, they didn’t do much to change writing, itself. Capote’s works, on the other hand, helped to change the world’s perception of non-fiction, raising it to an art form equal to fiction in today’s world.

So why didn’t either Mitchell or Lee write anything else. Mitchell said the only way to go was down, plus her book made her wealthy enough not to worry about writing another.  Lee, on the other hand, worked hard on her book but couldn’t repeat the process. Could both books have been “happy accidents” (A term used in the art world to indicate something done once successfully but not able to be repeated.)?