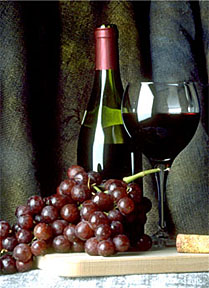 Ideas are like fine wine. The longer they sit and age, the better they get. Someone once said there’s nothing new under the sun. Perhaps not, judging by the way most writers work. Because there are only 36 basic plots, there’s a whole lot of adaptation going on.

In non-fiction, topics for articles go in and out of fashion. What’s ignored yesterday might be trendy today. Hot topics today most likely appeared years, if not decades before. Most readers probably think articles about drugs have only been in the media for a relatively short time. But in fact, the Victorians had similar drug problems, one of which was the addition of many women to opium and laudanum, both prescribed originally to deal with cramps and depression. And although society tried to hush the subject, it appeared in many articles and short stories.

Specialty magazines run the same type of articles again and again, albeit in slightly different forms. Statistics show that readers tend to read magazines dealing with photography, bicycling, writing, and other specialty subjects for two to three years, so the editors run the same sort of stories over and over so all the readers can get the basics.

Good concepts never die, but live on and on in new adaptations. Take comedy, for example. One of the most popular plot situations is "mistaken identity." In this, the right information is given to the wrong people, or vice-versa, and actions and complications increase by the minute.

In the movie The Boys from Syracuse—that's ancient Syracuse in the Mediterranean—the "Boys" are a master and his slave. The audience becomes quickly aware that there's another master and slave who are twins to the first set, and they live in the city the "boys" are visiting. Naturally, no one in the cast realizes there's an extra set of twins, so a great deal of misunderstanding builds. 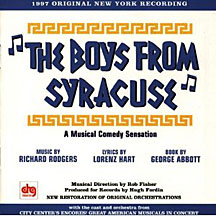 The Boys from Syracuse was originally a Rodgers and Hart Broadway musical—and well before that Shakespeare's Comedy of Errors. Actually, this same plot dates to a Roman playwright named Plautus who created the original. English lit teachers praise Shakespeare for being such a great writer. Actually, he was a really creative writer who borrowed from everyone, but gave each of their ideas his own spin.

Disguises are often used in the mistaken identity plot. We've all seen how comic this can get, when, to get a job, Dustin Hoffman becomes "Tootsie," and Julie Andrews becomes "Victor" of Victor/Victoria. And Shakespeare also liked the idea of dressing one of his heroines in male clothing in As You Like It.

So why do beginning writers tie themselves in knots over using what has come before? The answer lies in the what they learned in school. Many teachers, especially those teaching literature, lead their students to believe that all the great writers created their own ideas. When in many cases what they really did was adapt ideas that came before to their own situations.

Alex Haley started the whole genealogy hobby phenomenon with his novel Roots. Another writer tried to sue him, claiming he stole her idea. If he were alive today and wrote that same book, he’d be one of hundreds with the same idea. He didn’t originate the idea of family genealogy at all, he merely adapted it to the characters and setting of his novel.

Good ideas come from good concepts. One place to find ideas to adapt is by perusing Roget’s Thesaurus. By looking up the word “time”, for example, a writer will find clocks, watches, missed time, schedule, speed, regulation, time periods, age, experience, the fourth dimension, rhythm, and so many more. How many articles, stories, and books can be created from just those concepts? It's amazing how a little effort with Roget can pay off when a writer tries to develop a gripping idea.