It's All About Hype 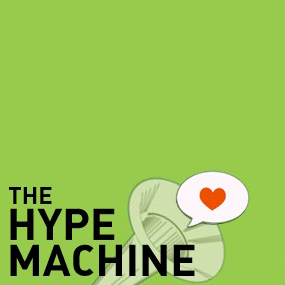 In today’s media-centered—and some might say media-crazy world—the word “hype” has become a household word. According to various dictionaries, hype means an excessive amount of publicity, followed by a commotion caused by it. It can also mean an advertising or promotional ploy. And lastly, it can be information that’s deliberately misleading.

Public relations is all about hype. The more it touts a product, service, or destination, the better it’s supposed to be. Unfortunately, the public is gullible. They generally believe what they hear. To be noticed in today’s markets, you’ve got to hype yourself somewhat.

I used to do a lot of travel writing. In the research process, I often traveled with other writers. During the first two to three days of a trip, everyone bragged about themselves. However, after two or three days, this wore thin and the real writers began to appear. Some made fantastic claims about where they had been published or about a book they’ve written, but when it came down to it, the “real” writers in the group outshown the wannabees or those just starting out.

Another person I met a while back at a social gathering said he was a writer. When I asked what he had written, he spouted off some topics having to do with the environment. It seemed he had everyone’s ear. I listened intently and the more he went on about his writing, the more I realized that while he had a few short articles published, he really was only dabbling in it. He may have impressed the folks in the crowd, but I doubt he could the same with editors.

Here’s where the term “ bamboozle” might be appropriate.  One explanation says it originated with an ancient Chinese custom of punishing swindlers by whacking them on their hands and backs with bamboo poles. Ouch! But, seriously, too much hype is just like that.

While you can fool some of the people some of the time, you can’t fool a professional writer—one with lots of experience. He or she will see through you every time. Editors are the same way. Most have been in the business for a good while and know the ropes. They can smell the hype a mile away.

So how do you hype yourself without going overboard. First, be honest. Promote the best work you’ve done and promote it to the right people. If you’re trying to break into a new market and have never written anything for that market, editors we’ll know. Get to know as much as you can about a new market before trying to break in. That means not only what’s being published in that market but also knowledge about the subject. Also, know who to promote yourself to and when.

The bottom line is that your writing will speak for itself. But at times it will need a little help from you. Know why you’re the best person to write a particular article or book. Convince editors using the facts. Avoid too much hype.

One thing you may want to consider is creating a slogan for yourself on which to build a promotional campaign. Advertising campaigns from "Ask a man who owns one"to "Does she or doesn't she?" all relied on slogans. The word slogan came from war cries. The Gaelic sluagh, meaning army, and gairm (a shout) evolved into slogan. For my company, Bob Brooke Communicaitons, my slogan is “Communications for the new century.” This implies that my writing has a contemporary style and gets its point across in fewer rather than more words.

You’ll need a certain amount of hype to make your voice heard in the ever more crowded marketplace, plus you’ll need a "battle cry" to hang your writing efforts on. And remember,  don't go so far as to bamboozle anyone because eventually they’ll see right through you.