Do You Need an Agent? 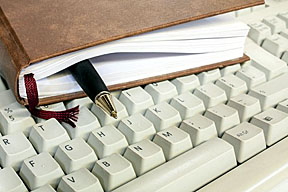 It’s true, a writer gains a certain amount of prestige by having an agent. But before you go there, you need to pay your dues. And an agent can’t help you with that. It’s all up to you.

An agent is for a writer who is too busy to sell his or her work. And even if you have time to market your writing, an agent can seek out better paying markets for you. But having an agent doesn’t guarantee that you’ll get more money or that you’ll even get published. So if you’re a beginning writer, forget about getting an agent and get to work.

If you’ve been writing and publishing for a while, this may be the time for you to seek out the services of an agent. But do you really know what an agent can do for you?

A good agent knows which publishing houses are in the market for what sort of book or writing project. They know which publisher will pay which advance and whether, when the time comes, which will release which rights. Often an agent will know just who to send a proposal to and which ones are likely to go forward with it.

A good agent also is in constant touch with those who buy ideas, books, movie treatments, scripts for TV shows, and subsidiary rights. To many writers, an agent is also their best friend and professional confidant—part father, part salesman, part lawyer, and part literary critic. But most of all, an agent can lend a sympathetic ear. He or she understands how a writer feels.

Agents save editors time and money. They save them the hassle of going through piles of terrible manuscripts by directing them to the good ones. In essence, an agent acts as the first reader—as a person who has the experience to tell the great from the terrible. And then, of course, there’s the growing tendency for publishers to refuse to read anything that comes in unsolicited. They often give preference to material coming from an agent to manuscripts that come in cold.

Generally, while agents negotiate book contracts and subsidiary rights, they also negotiate lots of other deals for busy writers—deals that the writer may never have thought of. Depending on the arrangement you make, your agent may handle all of your work, only your books, or only certain kinds of writing. Some agents will tell you up front what they will and won’t deal with.

Agents usually don’t handle short pieces of writing like articles and short stories. They’re in it for the big bucks. Let’s face it, after you’d pay an agent his or her 10-15 percent commission, you’d be left with much less than if you sold your shorter pieces yourself.

Your agent can also act to resolve conflicts between you and your publisher. They push for timely advances—they don’t get paid until you do. And, more importantly, they’ll help you sort out hard-to-read book contracts which if not understood properly can cost you dearly.

So do you need an agent? Yes and no. Writers sell nearly a third of all literary works by themselves, without the help of an agent. By negotiating your own contract, you may just walk away with more money and more perks. But that’s only after you’ve been in the business awhile and understand the nuances of contractual agreements. An agent can help you wade through the contractual mindfield. They know what to look for and you don’t.