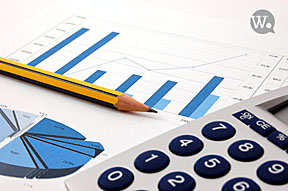 It seems every writer wants to write a book. While writing one may give you a great ego boost, it probably won’t make you rich. In fact, it will probably pay less in the long run than shorter writing projects. Income from books traditionally comes from royalties. But understanding royalties in today’s market can be difficult.

The traditional practice was to compute these royalty rates and the author's earnings from the list price of all copies sold. So if sales totaled 3,000 copies at a $20 list price and a 10 percent rate, your royalty earnings would be $6,000. However, times have changed.

Today, publishers have a number of different distribution outlets open to them, some of which are through  chains of bookstores and other outlets to which the publisher sells your book for less than the list price. As a result, some standard contracts now provide that your royalties will be computed on net proceeds from the sale of the book rather than the number of copies sold—the money that the publisher collects after deducting costs for shipping, distribution, and miscellaneous services, generally about half the cover price. Though such contracts aren’t necessarily bad for you, nevertheless you should be wary of them.

Your contract may also contain a second set of royalty rates for "Special Discount Sales” to Amazon, Barnes & Noble, and such.  These percentages are usually half what the full royalty pays—if your full royalty pays 10, 12, and 15 percent, your special discount royalty might be 5, 6, and 7 percent. This scale will apply to "sales made at a discount greater than 58 percent, but not more than 75 percent of suggested retail price. And let’s face it, many more readers purchase books online, so that will lower your royalties substantially.


But the larger volume of sales made possible by wholesale deals may more than compensate for a smaller earning per copy. The important thing is to read carefully and fully understand what your contract actually provides and negotiate from that basis without illusions or misunderstandings about what you have agreed to. Today, there are wide range of royalty arrangements for books, and knowing that, you need to balance your idea of the book's potential against the mathematical results.

The best way to do this is to compute what you’d earn in various hypothetical cases if your royalty was based on list price, weigh that against earnings on net in the same cases, then decide from your result what you want to try for as far as royalties are concerned. You may want to ask your editor to give you  figures based on the publishing house’s sales department's projections.

Royalty rates for paperbacks may differ slightly from hard backs. Normally, they range from 5 to 20 percent, with 10 percent more common. But escalation rates are less standardized than for hardcover books and therefore require more negotiation. Don’t assume that because marketing techniques are different with paperbacks, escalation clauses are negligible. While a paperback publisher may count on selling what he can of his first print run—say from 100,000 to 250,000 copies—and then drop the book from his list, it just as often happens that after a number of years, he may reissue the book with another  large printing. You deserve a greater share of the profits from the reissued book and should have it provided for in the original contract.

Unlike trade-book publishers, those who publish textbooks can more accurately forecast sales. They base negotiation and contracts on previous experience with relatively stable school markets, so there's usually less flexibility in dealing with them. It's also easier to predict what you'll make for your work, so the whole process of contracting is less stressful.

Textbooks have a relatively fixed market, depending on the subject and the number and kind of schools in which they may be used. The competition from comparable texts is easier to identify than with trade books. A textbook publisher usually plans to market his books over a number of years.

By using simple calculations, you can work out the potential advantages of various royalty arrangements which might be acceptable to your publisher. Obviously, a text with a chance for a nice share of the national high school market for 10 years will call for different royalty arrangements than one which will be used only by special students or scholars for say 20 years, Thus, a typical college literature book, published in paperback, pays a royalty of 8 percent of 80 percent of list price on copies sold.

So if your book doesn’t have the potential to sell a lot of copies, you better negotiate for a reasonable advance and take the money and run because you’ll never see any additional funds from royalties, no matter how much you negotiate for them.
Posted by Bob Brooke at 8:42 AM