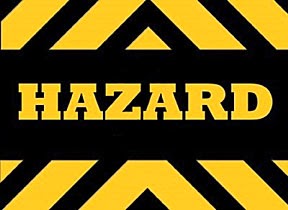 As you proceed in your freelance writing career, you’ll come upon many hazards. Some of these are writing related, some market related, and others personal. Some of the main ones include the predators looking to use published writers for their own gains, the lure of cheap commercialism, the perils of success, and loneliness and fatigue, both mental and physical.

Other hazards come and go, such as market fluctuations, natural disasters, and legislation. As a working writer, you’ll have to get used to living with them all and continue to write.

One of the most frequent hazards concern pay. A market to which you frequently contribute falls on hard times and before you know it, the publication falls behind in payments to you. They still want material and promise to pay you as soon as things get better. While this may sound good, it’s really the death rattle of a publication trying to stay afloat.

And then you’ll run across someone who loves your work but can’t pay you. You’re not in business to give your products away, but, on the other hand, will this freebie possibly lead to some paying work? It’s a chance you may have to take. To turn this around, you may want to search out some Web sites that need content that you can provide. While they most likely won’t pay anything, they could lead to other work because of the promotion you’ll get from them. In this case, you’re in control.

Another hazard you’ll face from time to time is a lack of ideas. Try to stay ahead of this one by stockpiling ideas as you get them. Write them down or use an app for your smartphone to record them. You never know when they may come in handy. Chances are you won’t use many of them, but it never hurts to have an inventory of good ideas.

Markets come and go. You can never tell if a particular market for which you’re writing will be in business in a year or two. Editors change. That’s a biggie. An editor with whom you have had a good working relationship decides to move on. On the plus side, he or she may take you with them to the new and perhaps better publication. But on the downside, the new editor probably will want to work with his or her own stable of writers. There’s no “forever” in this business.

Another thing that can work against you is the economy itself. Upturns and downturns are commonplace today. The most recent recession is an example. While it may not have affected all the writing markets, it will have hit some—and hard. One of the hazards that occurred here was the massive layoffs of newspaper reporters and editors. Since the newspaper business is in the throes of change, they couldn’t find jobs there, so where did they turn? You guessed it—freelance writing.  Those who you may have worked for have now become your competition.

What happened in New York City in 2001 shows what can happen to a particular market. After 911, travel markets went into a state of turmoil. People were afraid to travel. Advertisers couldn’t pay for their ads so they stopped advertising. Many publications went under. That happened a dozen years ago, yet the travel publication market hasn’t fully recovered.

Writing is hard work. And after a while, it can get to you. Too many deadlines can be extremely stressful. And stress can then cause problems with your overall health. It’s important to eat right and exercise. Sure, I know you’ve heard that before, but this time it’s imperative that you live a healthy lifestyle. Remember, if you get sick or perhaps seriously ill, you don’t have workman’s compensation to help you. You most likely don’t have any backup at all. And that the biggest hazard of all.

Thanks, Bob, for taking the time to write yet another invaluable article. You have a unique way of making the importance of your words resonate in a reader's mind long after they've left your page of insight.