The Two P’s to Success 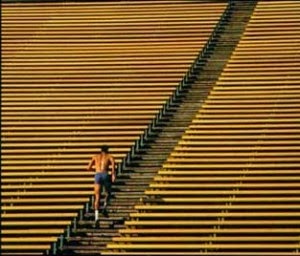 Success as a writer depends on two things—patience and perseverance. Do you have enough of both to succeed? Many writers don’t.

Recently, Dagda Publishing posted a message on Facebook, stating that best-selling novelist Joanne Harris said that J.K. Rowling’s “little story about wizards” distorts the truth about author’s pay. Essentially, it misleads beginning writers into thinking that they, too, will make lots of money at writing.

But what that statement leaves out is how long it took for her to achieve that kind of success. And what did she have to endure to get there?

The first thing you need to succeed is patience—lots of it. Writing success doesn’t happen overnight. It can take up to 10 years for things to begin happening for you. Somewhere along the way you may get a lucky break. But that’s a big maybe. Are you prepared to wait that long?

Om today’s fast-paced world, many people expect everything to happen quickly. They believe because they created a Web site or Facebook page, for instance, that people will flock to it. They also often believe that their writing is so good that everyone wants to read it. Sorry, but the answer is no on both counts.

Part of the problem is the shear volume of writers out there. They produce thousands of articles, short stories, and book each year. And with more newspapers and magazines folding, there’s a growing tide of out-of-work editors and reporters that have been thrust onto the freelance market. They believe that all their experience must count for something. But what most find out all too quickly, is that they have to start nearly at the bottom like everyone else. But they can’t afford to be patient because of their sudden loss of steady income.

So what do you do while you’re being patient? You persevere. Perseverance, or the act of continuing to plug away at what you believe you’re meant to do, is as important as patience.

Persevering means continuing to write even when other pieces you’ve created don’t seem to be going anywhere. It also means searching out new contacts and markets for your writing. If you don’t constantly search, you won’t be open to opportunities that may come along.

Perseverance also means following through on your ideas and finishing writing projects that you’ve started. If you’re trying to write a novel and get stuck halfway through, take a step back and analyze what you have done so far. It’s possible you didn’t plan it out well enough. Too many beginning writers make the mistake of just starting to write without giving any thought to the direction in which they’re headed.

By making patience and perseverance part of your daily life—not just your writing routine—you’ll have a very good chance of succeeding in your dream of becoming a writer.
Posted by Bob Brooke at 5:37 PM

You made some very good points! Haha I accidentally stumbled upon your blog somehow but I'm very glad I found this post. I actually started a blog just recently and I think what you said about going back and analyzing what you've written so far is a very useful tip! I'll definitely keep that in mind for my writing.