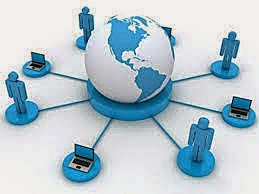 The Internet, the World Wide Web, commonly known as the Web, has changed over the last decade. Originally, a collection of sites that were mostly one way portals, it has grown into a sophisticated communication medium in which writers and readers can interact with each other. And if you think you can take previously printed articles and sell them to online markets, you better think again.

Writing for online publications is a lot different from writing for print. First, they’re mostly written in the second person. That’s because you’re speaking directly to readers—one at a time. So when you use the pronoun “you,” the reader thinks you’re speaking to him or her.

Second, online articles tend to have links. They’re interconnected to other pages on a site or other sites on the Web. But you can’t include too many or your reader will drift off to other sites and not finish reading your article.

The first rule of Web writing is to write tight—yep, that’s right, put the girdle around that article. Online readers, unlike print readers, aren’t there for the duration. They’re busy people who have a little time to see what’s happening. So they surf fast, and read as little as they can. You’ve got to say what you mean and mean what you say in as few words as possible. Cut right to the chase. (Whew! The clichés are certainly flying here.) Web articles tend to be shorter and more to the point than print pieces. The majority of online blog posts and articles fall in the 500-800 word range. If you write pieces longer than that, you’re asking for trouble.

And since online readers don’t linger over a page or an article for too long, you should use subheads, bullets, and numbered lists to help them find what they want fast. Today’s readers use various devices to access Web content—cell phones, tablets, laptops—so you also need to be aware of how your article will look on the page. Break the content into shorter sections with clear headings to make it easy for Web readers to browse.

Although all articles demand compelling leads, online article leads need to be especially so. If you’re going to hook online readers, you need to do it quickly because their attention span is 10 seconds, so it’s even more important to make that first sentence and first paragraph really engaging.

It used to be that just about anything could be posted on a site and readers would consider it. Not anymore. The competition among sites is fierce, so today’s Web developers insist that their sites have a style all their own—and that’s not just for the layout and graphics, but for the content, too. Good Web content has a strong voice and direction tailored to appeal to a specific  reader. Note the style of the text on the site for which you wish to write and imitate it as nearly as possible in your own piece. Learn the site’s voice and tone. And note the topics that it covers regularly. Some sites offer style guidelines the way magazines do.

In order to successfully write for the Web, you need to know something about search engine optimization, or SEO. SEO makes websites more “visible” for search engines by including specific keywords in articles. You can’t guess at these. In fact, most Web site editors will give you a list of keywords that they want you to work into your article. It’s important to include them subtly so they don’t stand out. Sometimes, it may be difficult to figure out how to include them, but get creative. Site editors like it when you do.

Writing for Web sites usually means you’ll be given tight deadlines. That’s because everyone wants everything yesterday. With the immediacy of the Web, you may be expected to write a piece in less than 24 hours. Deadlines for print are much longer and more forgiving. Web sites need lots of content—and everyone wants it to be original. Realistically, that’s a tall order. It means you have to begin from scratch every time you write an article. All sites want exclusivity. Again, let’s get real. That’s no way to run a business. And while Web developers may get rich from advertising income, they’re mighty stingy when parting with that money to pay you for your time and effort. In fact, many site owners want everything for free. And that’s the downside of the Web.

You as a writer can only make a profit from Web writing if you’re able to sell pieces again and again, just as in print. Unfortunately, the Web hasn’t gotten there yet. Even though there are millions of online users, every site thinks they should have them all.

So pay will be pretty paltry in most cases. Web developers expect the world for a penny, so to speak. But because the volume is so great, you can make a decent amount of income if you’re efficient. That means getting your writing routine down—no lingering over a draft, no extensive re-writing, no over-editing. Learn to write each piece with a 1,2,3 attitude—(1) think out your piece and plan it, (2) write the draft, (3) edit the piece. With all your information at hand, you could even do all of that in an hour. But that’s cutting it pretty close.

To make things easier, consider using information from articles you’ve already written. Recast topics from research you have on hand. Save the heavy duty pieces for sites that are willing to pay you for your time and expertise. Don’t waste your energy for $10-30. And if a Web developer balks when you say no. Tell him, “You get what you pay for.”

It is really important for everyone to improve the online presence of their brand so that the sales are also improved. I have been making a list of the best marketing methods and thinking to use Twitter and facebook ads management Los Angeles services at first.

The article should be longer I can see you write good but some vital part of the information is missing. so let's see this PPCexpo blog library.
https://ppcexpo.com/

An event industry survey suggests that neither exhibitor nor attendance numbers will make a full rebound this year, event manager but one area is projected to exceed 2019 numbers: the sales pipeline attributed to events. How can B2B event planners keep up the momentum? types of event insurance, hospitality business definition, debrief questions, what is web3, how does nft work, conference speaker bio examples, event vendors, thank you for hosting event and networking invitation wording