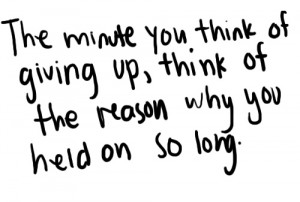 Just about every writer has wanted to throw in the towel at one time or another. Whether it’s lack of ideas, piles of rejections, or lack of motivation, the temptation is always there. And whether or not a writer considers quitting, most don’t. Why is that?

Writing for many is a compulsion. It’s a drive that runs deep. For some, it starts in childhood, for others later in life. But either way, writers feel compelled to write. And anything that gets in the way of this desire causes frustration.

To avoid getting into this trap, it helps if you know some of the causes, so you don’t get into this predicament in the first place.

Some writers just can’t come up with enough ideas. Do you begin working on what you consider a super idea, only to get bogged down because the idea isn’t developing the way you thought it would? This problem usually comes about because you haven’t thought the idea through. But thinking about an idea is only part of the process. You’ve got to plan it out, too—even roughly.

But not every idea is a super one, so it pays to stockpile them. The more ideas you have, the better. Not all of them will be winners. In fact, most of them won’t be. Having other ideas on hand will enable to you to try something else if the first one doesn’t work. No writer should ever quit for lack of ideas.

Rejections, on the other hand, have put an end to many a writing career. To get published, your work must be accepted. If it’s rejected, you don’t have a chance. One writer got 28 rejections on a book idea before he realized that it may be too specific or not in line with what publishers wanted. He didn’t give up. Instead, he tried another which got accepted immediately. He jokingly said that early in his career he got enough rejection slips to wallpaper his bathroom.

A young California food writer wrote a Moroccan cookbook. No one was interested in it, so she published it herself. She ended up with a room full of several thousand books. Did she quit? No. She contacted Nieman Marcus in Texas and got them interested in selling it in their gourmet shop. That worked out fine, so she continued contacting department store chains and gourmet shops across the country. Her first venture was such a success that she went on to publish six more cookbooks.

Lack of motivation causes a lot of beginning writers to think twice about further pursuing a writing career. Wanting to write is one thing. But have a purpose is another. Whatever you write should have purpose. Do you want to inform or entertain or advise? Giving a purpose to your work will make it seem that much more important. Ask yourself why you want to write. If you say it’s just to get noticed, you’ll fail for sure.

Finally, if you’ve been writing for a while and have had some success but are now in a slump due either to a lack of ideas or a lack of markets, think about all the work you’ve put into your career so far. Don’t let it go to waste. Keep plugging away and give yourself another chance.