There’s No Guarantee of Success 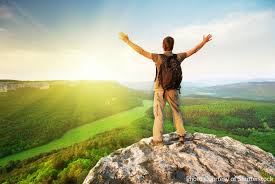 Someone once said that success is one of those things that’s often impossible to predict unless you know you have it in the bag. With success, there are no guarantees.

Before you can be successful, you have to figure out just what success is for you. How do you define it? As a writer, is it getting published? And after you’re published, then what? When you first started out in writing—or if you’re just starting out—your main goal was to get published. You probably thought that getting published would prove to others, and more importantly to yourself, that you had made it as a writer. Unfortunately, one article, one short story, or one book does not a writer make.

So to truly understand what it means to be successful as a writer, you first have to understand what it means to be a writer. When someone asks you what you do, can you confidently say you’re a writer? You can and should do that only if you have a volume of work under your belt. Too many beginning writers are more enamored at the thought of being a writer—perhaps to impress your friends and family—than of actually being a writer.

Success can be and often is fleeting. There are those big successes in life, such as obtaining a college degree or raising a family, and there are those little successes, such as finishing the first draft of a novel. All of them are accomplishments. So to get a true handle on success, you must take into consideration all of your accomplishments. There’s something to be said for being an accomplished writer. That’s a person who has written and published a variety of things often in more than one subject area.

Even if you’re one of those lucky writers who publishes a book the first time out of the gate, having the book published, in essence printed, is no guarantee of success. In this case, your success amounts to how many copies of that book sold. And, even more important, how many copies have been read. Unfortunately, statistics only exist for how many copies sold, enabling you to get on a bestseller list. But a best-read list just doesn’t exist.

That said, you shouldn’t define your success as a writer by how many books you’ve written and perhaps published. Books are only part of the broader writing picture. Successful writers publish an assortment of pieces throughout their careers.

Some writers see awards as a gauge to success, collecting them at every opportunity. They figure that if someone chooses to give them an award, that they have made it as a writer. But the afterglow from an award often lasts shorter than a sunset. Once you’ve been applauded, everyone seems to forget, unless you constantly remind them.

To get an idea of just how successful you are as a writer, periodically list your accomplishments. Once a year or even every six months is often enough. You’ll be amazed at just how successful you’ve become. Remember, don’t count only the big successes in your career. Count the little ones, too. They all add up.
Posted by Bob Brooke at 10:56 AM