Adjusting to the Changes to Our Language 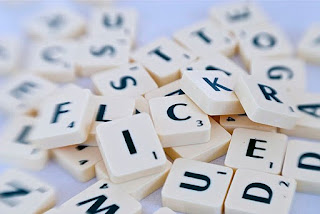 The term “Modern English” can be a misnomer. English used by great writers such as Herman Melville and James Joyce is almost a completely different language from the one writers use today. While much of that has to do with vocabulary that isn’t used anymore, a good bit of it has to do with style—how writers say what they want to communicate.

Back then, life was more formal and so was the language everyone used. Wealthy educated people followed the British model while the common laborer used a lot of slang. Over the years, English has changed a lot. In fact, our language changes about every five years. New words come into common use as archaic ones get phased out. Another change, at times subtle, is punctuation. Semicolons are on their way out while dashes appear more frequently. And change remains continuous in English as the language adapts to the changing needs of those who use it.

As always, change is most easily seen in vocabulary. In its very early history, the Christianization of Britain brought such Latin words as angel, candle, priest, and school into English. From the Danish invasions came such basic words as they, their, them, skull, skin, anger, husband, knife, law, root, and ill. Following the Norman Conquest, people added many French words, such as dance, tax, mayor, justice, faith, battle, paper, poet, surgeon, gentle, flower, sun, to name just a few.

In the 17th century, Latin words poured into English as students studied more of it. Words such as industry, educate, insane, exist, illustrate, multiply, benefit, paragraph, and delicate, all came from Latin.

As English explorers like John Cabot and James Cook reached out to other parts of the world, they brought their language with them. It continued its habit of borrowing, drawing on Arabic for alcohol and assassin, Hebrew for cherub and kosher, East Indian for jungle and yoga, Japanese for tycoon, Spanish for adobe and canyon, and many other languages. The borrowing process continues today.

In the past 100 years, two things have greatly affected the development of the English language. The first was the rapid development of mass education and the resulting rise in literacy. The second is the advancement of science and technology. The more people able to read English in print, the greater their input.

Today, through the explosion of electronic media, an even greater number of people have access to the printed word.  This is already causing our language to develop differently from one in which writers target only a special literary minority and in which people speak face-to-face.

The technological revolution of the late 20th and early 21st centuries has given English a burgeoning vocabulary of technical terms that have become a part of the common language almost overnight.

Changes in grammar since the 16th century, though minor compared with the earlier loss of inflections and the accompanying fixing of word order (see last week’s blog), have continued in today’s English. Reliance upon word order and function words has become even greater.

Questions in the form of Consents she? and negations in the form of I say not or I run not have disappeared, and have been replaced by the verb do, as in Does she consent?, I do not say, I do not run. And even these have become shortened by the use of contractions—a form forbidden by most English teachers—to I don’t say or I don’t run.

The use of the verb to be has become more common, as in He was shopping or We are studying, shortened further to We’re studying. Other changes include an increase in the number of verbs combined with adverbs or with prepositions, as in He looked up the word or She looked over her new garden. Similarly, writers now use nouns as modifiers of other nouns, as in college student, car radio, gas station, space flight.

English will continue to evolve and writers must stay abreast of the changes. While many are subtle, it doesn’t take much for writing to appear stale and antiquated in today’s high-tech world.
Posted by Bob Brooke at 8:32 AM