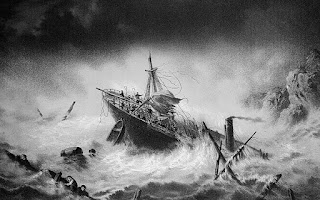 You’d think that if you’re writing about real people in a nonfiction piece that it would be easier than making up characters in a fictional short story or novel. Actually, quite the opposite is true. While you have facts about the person to deal with, there are limitations.

Many of the same techniques for writing characters in fiction apply to nonfiction.  Through detail, through gesture, through talk, through close understanding of someone’s life before and after the scope of your story, you make your people vivid in your reader’s mind.

When writing nonfiction, much of the work of characterization is done for you. You base your characters on facts, characterization is complete, the family history is in place, the physical description is a given. But that doesn’t make anything easier. The job is merely different. Doing justice to a real person can be difficult because you may have pre-existing biases to that person or their ideas.

Nonfiction readers get to know characters through their actions. But from who’s point of view? It’s all in the moment, all told from a particular point of view. We see the scene—a dark, stormy night off the coast of North Carolina—in the book Shipwrecks and Lost Treasures: Outer Banks, by Bob Brooke. The reader is in the wheelhouse with the captain, Commander George Ryan, and the officer on duty, Lieutenant W.S. French, at 1:00 A.M. as they try to steer the Huron, a converted gunship, through the swirling waters.

“Hard over,” French shouted to the helmsman. “Leadsman take soundings.” But his orders came too late. The ship swung around toward the beach, heeling over on her port side.
“What’s out location?, Mr. French?” asked Ryan.
“I don’t know sir,” French replied.
“Give the orders for all hands on deck.”
“Aye, sir.”
As the mist parted, Commander Ryan finally saw the coastline. “My, God, How did we get here?” he cried.

With just a few words of dialog and some short description, the writer was able to not only establish a time and place, but the military order covering the panic in the voices of the crewmen. From here, the point of view changes as the scene changes to a father and daughter on the shore, desperately trying to find a way to save the sailors.

Once you establish the scene, readers are in a particular time and don’t leave it. What changes is the point of view. Action keeps the scene moving forward.

Often nonfiction writers relate their characters personality characteristics through an as-told-to narrative. This often happens in memoirs where writers use family stories to make their characters come to life. In these, the writer stands back and lets readers draw their own conclusions and make their own judgements.

A character rarely appears fully formed. Readers get to know him or her in bits and pieces scene by scene. You’ll need to will your characters to life by drawing on your unconscious, memory, and imagination until your characters assume a clear form and, with hope, begin to act of their own accord.

This process is inherent to the success of any novel, but it’s also important in nonfiction writing. The key is first to understand what your characters require from you in order to come to life, and then to determine how you can draw on your best available resources to give them what they need.

But what happens if you don’t have all the information you need to flesh out a character in nonfiction? Unlike in fiction, you can’t just make things up. However, you can use your imagination in finding information from other sources.

For instance, let’s say you want your characters to speak but you don’t have access to the exact words of what they said. You can research the same sort of character in similar situations who most likely said something similar. This is exactly what happened in the above example. From captains’ logs of similar shipwreck scenarios, it was possible for the writer to create an exciting, nail-biting scene. He had to do this because Commander Ryan died when his lifeboat overturned and the all was lost, including his log, when the ship sank.

The same goes for how a character dresses. You may find what you need in old photographs from which you describe the type of clothes your characters wore. Similar information may appear in old letters written by a friend or relative of the character about him or her. Remember, you need to find facts about the person to fill out the characterization. Begin with what you know about the person and then do specialized research to fill in any voids in your characterization. You may not need much, just the essence.

Next Week: Characteristics of Compelling Nonfiction Characters
Posted by Bob Brooke at 10:08 AM