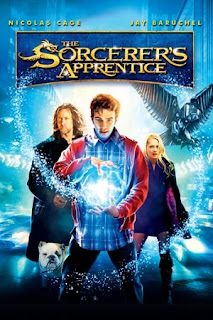 Until the late 1960s, children's book publishing was a relatively small part of the overall publishing business. Publishers published only a few new children's books a year and relied on a small number of well-known authors like Dr. Seuss, E.B. White, and Robert McCloskey. The majority of their business relied on backlist titles, titles that had been published in previous years, not on new books from new authors.

All of that has dramatically changed n the last 35 years as publishers realized that they could make real profit publishing children’s books. What used to be a cozy corner of the publishing world has grown into a billion dollar business. First, because this market is full of insatiable readers—how many kids take just one book out of the library—and second, because the market is renewable. While times and attitudes change, kids are kids. Another reason that the kids market has grown is due to the multitude of reading programs in schools that are encouraging kids to read more.

Undoubtedly, what kicked off this explosive growth was the release of the first book in the  Harry Potter series in 1997---Harry Potter and the Sorcerer’s Stone by first-time author J.K. Rowling. First published in the United Kingdom by Bloomsbury, with Scholastic as the United States publisher, it targeted kids in the 10-12 age group.. Since then, the series has sold over 400 million copies, and the Harry Potter brand, including the books, merchandise, and movies has an estimated worth of $15 billion dollars. It has made J.K. Rowling the highest earning novelist in history and has made unprecedented profits for her publishers.

Most importantly, Harry Potter created a revolution in the publishing industry. Reading, especially among children over eight years old, was suddenly more popular than ever before, and many teachers claimed that Harry Potter got more boys reading than ever before. The release of each new book in the series brought hordes of buyers into bookstores, discount stores, and warehouse clubs. The phenomenon wasn’t only good for the books’ publisher, it was good for all publishers since new releases brought more foot traffic into stores and more customers for all kinds of books. Finally, because the first Harry Potter volume was simultaneously on the adult and children’s bestsellers list, it proved that children’s books also had a readership among adult readers. That showed that children’s books had grown up.

Children's publishers have become better at publishing books that make a profit. For writers, this means there are many more opportunities to get published since there are simply more books being produced. With online retailing, there are also more ways to sell books. And there are more creative opportunities, too. Publishers aren’t afraid of trying new formats and new book/product combinations, plus they’re taking chances on innovative and creative topics. As a result, children's book writers are getting better financial deals and stronger publicity support.

As the children's book publishing business has grown, it has been affected by the diversity trend that’s sweeping the country. Publishers are creating more and more books with characters from a wide variety of races and cultures that are focused on multicultural themes.

The world of kids book publishing, once the domain of mostly female writers, has opened up to everyone. And more opportunities now exist in non-fiction for children. For those who have good ideas that kids will love, the children’s book publishing world is their oyster.