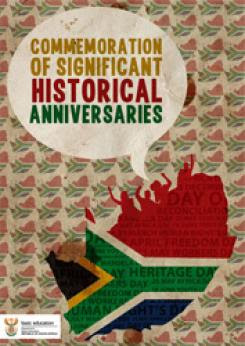 Every day is an anniversary of some event or moment in history. Every day is a chance to take your readers back in time.  Every day offers an opportunity for a way to increase your profits as a non-fiction writer.

Newsworthy milestones of all kinds can mean big profits if you’re a savvy writer. Many people love to read about what happened way back when. But the key is to uncover a unique angle on an anniversary, especially for those that are more well known.

Next find a copy of The World Almanac and go to the historical timeline section. Look up 1916 and see what events happened that year. This gives you a list of centennial anniversaries to write about. Look for the more unusual events—ones that other writers might dismiss as too trivial. Then use your imagination to put your own spin on the ones you select. Repeat this process for all the milestone anniversaries. You’ll end up with a more anniversaries than you’ll have time to write about. Select the ones you think will work out best for you, and you’ve essentially planned articles for an entire year.

When pitching article ideas to editors, remember that most magazines work at least four to six months ahead, larger national publications often work a year or more ahead. So you may want to project into the following year. For example, look at the listings for both 1916 and 1917.

You should only have to do this procedure once a year. Try to do it at the end of the previous year to plan the anniversaries you’ll want to write about for the following 12 months.

A Google search for "historical anniversaries" will reveal lists of event anniversaries. And a search of “anniversaries + [specific year]” can also reveal many potential article angles. The bigger and rounder the number of the anniversary, the more potential the hook. Target these findings first in your queries, because well-known anniversaries are where the competition will be the most challenging.

You’ll also find it easier to narrow down all the possible anniversaries if you follow your personal interests. Use them as a filter to narrow your selection.

One writer had a strong interest in the Old West. When the 150th anniversary for the departure of the first wagon train to traverse the Oregon Trail came up, he did lots of research and in the end sold 16 articles to as many different magazines on various facets of this event. He targeted each article to a different audience using the same basic information but with specific details for each readership.

As in with other aspects of freelance marketing, it’s important to be broad minded. You never know which magazine editor is planning to cover what, or what special issues he or she may have in mind that would be perfect for a particular anniversary piece. Even rejections can open the door to future assignments. Whenever possible, target both local and national publications—and be sure to target each pitch a specific market.

Avoid ideas that first come to mind. Instead, find an innovative way to spin the topic that will make your query stand out from the others. One of the ideas the writer pitching the Oregon Trail anniversary used was to bring to life that first wagon train, based on personal accounts left by the pioneers on rock faces along the way and in diaries they kept. Since actual people signed their comments, it made his article personal and true to life.

Remember, that even what seems like a great idea to you may fall on an editor’s deaf ears. Be prepared to circulate and recirculate your anniversary article queries for multiple successes.