Believability is the Key to Good Fiction 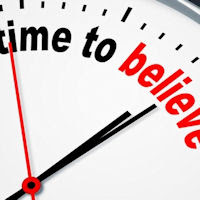 If it’s not believable, it doesn’t belong in a short story or a novel. This concept doesn’t apply in creative non-fiction, because no matter how bizarre, facts are facts. About the only exceptions occur in science fiction and fantasy, whose readers will swallow just about anything for the story. After all, fantasy doesn’t exist except in the reader’s imagination and science fiction doesn’t yet exist.

But in regular fiction, a story’s world can be shattered when an action, even if it’s impossible, becomes unbelievable. It stops readers dead in their tracks. And it can destroy the trust they put in the writer of the story.

There’s an acceptance on the part of fantasy and science fiction readers that just doesn’t exist in other types of fiction. Readers begin reading a short story or novel expecting life in the story to be similar to real life. And while quirky things can happen in the real world, those same incidences become magnified in fiction because the rest of the world isn’t there to balance them.

All writers, fiction or non-fiction, focus on certain actions to tell a story. They ignore all other things going on at the same time because they’re just not relevant. That focus is what leads the reader through the story.

Readers approach stories wanting to believe them. They have both the intention and desire to enter a story in which everything that happens, within the narrative world that governs that story, is believable. As a writer, your goal isn’t to convince readers to suspend their disbeliefs, but rather to give them what they want by continually sustaining their belief in the story.

In the fantasy novel, Weave World, by Clive Barker, an Oriental carpet comes alive as its threads unravel to produce a world of living beings living within it. Unbelievable, yes, but plausible in this fantasy about a world of witches and warlocks and mysterious happenings.

The distinction isn’t just a matter of semantics when it comes to believability. It’s a matter of understanding the mindset and expectations of your readers. Readers want to immerse themselves in deep belief. As a writer, you need to respect them enough to keep that belief alive throughout the story.

Consistency must coexist along with believability. Once you establish an implausible concept or action, you must follow through to the end of the story. Then it, too, becomes believable. That’s exactly what Clive Barker did in Weave World.

All else being equal, as soon as readers stop believing your story, they’ll stop caring about it. It’s important to know what any character would naturally do in an implausible situation. The main character in Weave World accidentally falls onto the rug and for a fleeting moment sees life. That’s how the story begins. In the end, he jumps into the woven world of the rug and experiences chaos as it begins to unravel.

Remember, as soon as your characters act in ways that aren’t believable, either in reference to their characterizations or to the story’s progression, the reader loses faith in your ability to tell the story.

So when something that’s unbelievable or odd happens, don’t be afraid to let your character notice and respond.

If a character acts in an unbelievable way, you’ll need to give your reader a reason why. Always give your readers something believable—or something better. If you don’t, you must satisfy them with a twist or a moment of story escalation that satisfies them more than they ever expected.

I like this post because we can get some useful information from your blog. This blog is very good. GoMovies