Setting Up a Cross Platform in Social Media 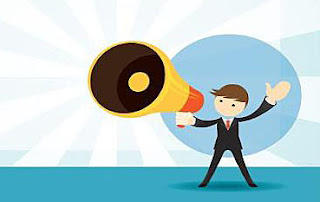 Social media isn’t just about Facebook. In fact, there are many social media networks, each catering to a specific group of people by age or special interest.  To be successful in social media as a writer, you have to post on several different platforms and then link them together in your own social media network. Doing so brings followers from one platform, like Facebook, to another.

So what exactly is a cross platform? To be successful in social media, you have to spread the word about yourself and your work to other networks. But it shouldn’t end there. Once you’ve begun regularly posting on the other networks, it’s time to link them together by sharing posts. Each time you share a post, another group of people see it. And so do their friends. If each person shares your post with just one other person and that person shares your post with one other person, your message will reach lots of people. 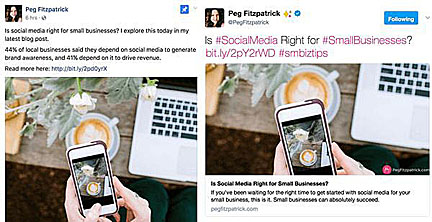 Facebook
So where do you begin? Once you’ve established yourself on Facebook—use it as your base of social media operations—you can venture forth to other social media networks. You might choose Twitter next. People on Twitter read their feeds almost as much as those on Facebook. Here, your posts will be shorter—even though Twitter recently increased the number of characters for each post from 140 to 280. Just because the network allows you to write longer posts doesn’t mean you should. Twitter readers are in the habit of reading short blasts, and they probably won’t change their habit for a while.

Instagram
Now that you’re posting on the two primary networks, it’s time to check out some of the secondary ones. While users of Instagram will probably disagree, this network is a hard one to break into for writers because it definitely relies on image posts. In fact, you begin with an image and then add a caption to it. Also, you must have a smartphone to post on Instagram. While you can access Instagram on your computer, you cannot post from it.

Google+
Another secondary network is Google+. Its posts work much like Facebook, but its user base isn’t as large. In Google+ you can either post only text or text with an image. You used to be able to directly share your Google+ posts with Facebook, but now you have to physically post on Facebook, linking to your Google+ account. It’s a little more time consuming, but it works.  If you have images to share, you may want to set up a Google+ Collection. This is an image-based division of Google+ in which all your posts focus on one subject. Within it, you’ll find lots of photographers, antiques collectors, and such who post images related to their subject. Like Instagram, the image is the main thing, accompanied by perhaps a paragraph of text. You used to be able to share your Google+ posts directly to Facebook, but now you have to physically copy it and create a separate post on Facebook using the same text. Of course, you can still directly link to your Google+ account in your Facebook post. 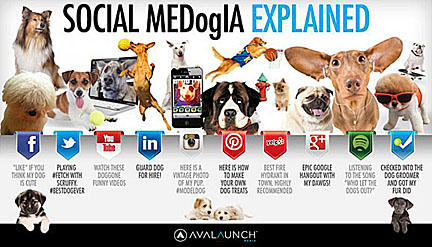 Creating a Cross Platform
You should begin cross linking your posts as soon as you have one other social media network besides Facebook to which you’re posting. Try linking your Facebook posts to Twitter. Then slowly add another network, again linking the posts on it to Facebook and vice versa. As you add more networks, you can continue doing the same thing.

Let’s look at an example of how this works.  Let’s say you specialize in writing about antiques. You can do posts about the history of objects, their uses, historical anecdotes about them, their status with collectors, even the status of the current market. The list goes on and on. So you might begin by introducing the object on Facebook and mention how well it’s doing in the current market. Then you could do a post on Twitter that links back to your post on Facebook. If you’re on Instagram, you can post an image of the antique object and note a quirky anecdote about it in the caption. Finally, you could post an image of the object on Google+ and write a short paragraph about its history or how it originated. Naturally, you’ll want to repost a sentence on Twitter that includes a link to your Google+ post. You can then link your Twitter post to Facebook, putting you right back to your network base, but now with a different angle than your first post.

By building a cross platform, you’ll soon increase the number of your viewers across the board. But you must be patient. Social media doesn’t work overnight. It can take several months for your posts to get noticed. In the meantime, read, share, and comment on  other people’s posts in your social media accounts.

Learn more about me on my Web site, Writing at Its Best, and on my Facebook Page.

just come across. This company is looking for experienced

I just had to send you a quick message about this cool new company I have just come
across. They have this awesome Viral Multiplier Technology that helps social media users
like you make great money online.
To find out what it’s all about, just click below: https://socialsalerep.com ?hyden4158