Brushed by the Wand of Success 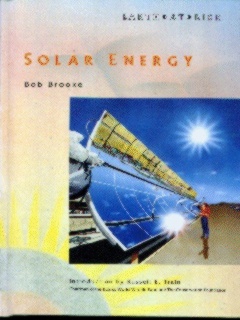 Any writer who has deposited a check signed by the treasurer of a publication has, at least for that point in time, been brushed by the wand of success. To me, success is relative. It’s that special feeling I get at a particular moment when I feel I’ve made it.

In the beginning, it was all about getting published. Once I did that, I sat back on my newly-found success and waited for the assignments to roll in. I waited and waited and waited. In fact, I ended up waiting for nearly six years. And in all that time, I didn’t publish another piece.

Success is a funny thing. It does things to me, as I’m sure it does to you. I feel a not only a sense of accomplishment but one of euphoria. When I saw my first article in print in a national magazine, Popular Mechanics, I couldn’t believe it. The article looked great. And there was my name in print, as bold as it could be, letting everyone know that I was the writer.

Notice I didn’t say “author.” I reserve that title for those celebrity writers, like Stephen King, Ann Rice, and Norman Mailer, among others, who appear regularly as guests on talk shows like “Charlie Rose” and late-night shows like “Letterman.” I’m just a writer who works hard, the kind that makes up the backbone of the freelance writing industry.

After my initial bout with success, I realized I hadn’t handled it very well. While I managed to get something published, what good did it do me. I had my 15-seconds of fame. What I failed to do was build on that success which stopped me dead in my tracks. What actually happened was what I call a “happy accident”—a good thing that just happens but the chance of repeating it is slim. Some writers go through their whole carriers having happy accidents. I soon learned that I had to take control of my success or I won’t have any others.

I had written an article on building a modern “chuck wagon” box for my hatchback so that could travel across country camping while still eating home-cooked meals. The idea was a practical one, so the magazine's editor thought his readers would benefit from it. However, the subject was far from what I wanted to publish—travel articles about exotic places. It was only remotely related to travel, and the writing wasn’t anything like what I wanted it to be. In essence, this became a dead end piece, an article that couldn’t really help me get anywhere. That’s why I didn’t move on in publishing for six years.

The next big success for me was my first book, a book for teens on solar energy. I learned a lot from that book, but it, again, wasn’t in my field of expertise, just a field of interest. Because it wasn’t about travel or by this time history, but science, I didn’t get anywhere with that project, either. I couldn’t promote the book to publications because it wasn’t what I was writing regularly.

After that bit of success, I began to pay attention more to what I was writing. I focused on several different subject areas and made a point of not writing in others that wouldn’t advance my career.

My next book, called Amish Country, was a big success, and showcased my travel writing skills. The Amish live less than an hour from me, so it was easy to write about them. My future articles and books all moved my career forward, and successes became more frequent. Soon my successes outweighed my failures, and at that point I considered myself a professional freelance writer.