Check Out Your Competition 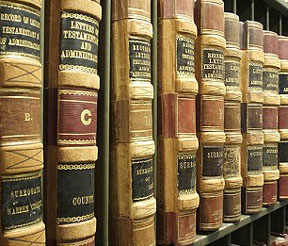 Before any business owner starts a business, he or she first checks out the competition. Freelance writing isn’t any different. The mistake that most beginning freelance writers make is that they aim too high, considering top-name writers as their competition. Instead, you should be studying those closer to where you are while studying the techniques of those at the top.

When you examine periodicals and even books, pay special attention to the writers who appear over and over in them. Make note of those who seem to get the most mileage out of an idea or have the most prominent articles or the most books published by the same publisher. If one or two names appear in a number of markets, make a note to whom they're selling their work. Also see if  these writers seem to specialize in any particular subject. Most magazines publish a short bio of a writer below the article by that writer. Though brief, they’ll give you an insight into what type of work the writer has become known for and other works by him or her in past editions of that same magazine. These will help acquaint you with the writer behind the byline.

Make a list of the writers you find most often, then head to your local library to look them up in the Readers' Guide to Periodical Literature, going back maybe five or six years.  Write down the other titles of articles or stories they've published, then find them and read them. As you do, you’ll want to make some notes as to what about these articles stand out. Afterwards, you’ll be able to make a few notes about the writers’ careers. Have they stayed with the same markets over and over? Did they progress from a bylined story to a spot on the masthead? Have they appeared in competing periodicals and, if so, did they seem to progress in professional stature? To find which magazines are competing with each other, head to your local bookstore or newstand and look over the magazines on the rack. Most will be grouped by subject matter, so it will be easy to determine which ones are in competition for the same readers.

Now that you know who is your competition, how do they write? What sort of style do they use? Is it slick and sassy or educated and intellectual? Do they thoroughly research their pieces? Does the writer seem bright and on the ball? Or is their writing just ho-hum, average, publishable? If their writing is way above average, you should be studying those writers to see what makes them tick.

Another way to look at your competition is to study what they’re writing about. To be a good writer, you must read widely and know what’s being published. While all writers write alone, the good ones are aware of the latest trends in their subject field. And keeping up with their markets is the best way to do that.

Editors constantly emphasize reading a publication before submitting. While this may seem like it would only apply to magazines, it also applies to books. Checking out the catalogs of book publishers will help you avoid sending your books to publishers who have no interest in publishing your book in the first place. By studying the pieces in a publication, you’ll learn what kind of pieces its editor wants and what subjects he or she doesn’t want—those that seem to be missing.

If you’re interested in publishing magazines articles, by now, you've chosen a few periodicals in each of the categories that interest you. Now try to figure out what types of articles or short stories these writers are writing. Not all writers write just one type of article, such as a travel piece, or one type of short story, such as a mystery. As a beginning freelancer, you may find it difficult to clearly define which category or genre an article or short story fits into. Study them carefully.

And even if you’ve been freelancing for a while, it doesn’t hurt to review your competition from time to time. It’s the only way you’ll get ahead.