Give 'Em What They Want 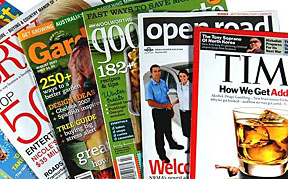 As a freelancer, it’s important to give editors what they want, not what you think they want or what you personally feel strongly about. This applies not only to periodicals—magazines and newspapers—but also to books.

Editors will tell you what they want, if you ask them. Their needs aren’t a closely guarded secret. But for the most part they’re too busy trying to fill those needs to broadcast them. They do, however, try to get the word out to writers by publishing writer’s guidelines for their particular publication. You’ll usually find these on the publication’s or book publisher’s Web site. These guidelines, and they’re just that, guidelines, cover all the basics about a publication—the number of readers, preferred subject matter, length of articles or books, method of submission, amount of payment and when you can expect to receive it, and, most importantly, the number of articles or books published in a year.

But these are only guidelines. Editors don’t often know exactly what they want until they see it. They’re kept busy trying to please their bosses, trying to make next month's issue better than the last, and trying to figure out what their readers will want to read six months ahead. At the same time, they’re keeping a watchful eye on the market—for magazines, paying attention to newstand sales and subscriptions, and for books, checking on print and ebook sales.

Magazine editors also have to worry about the amount of editorial space they have to fill each month. What if a writer doesn’t meet a deadline? What if the story submitted is badly written? What if the story doesn’t end up the way the editor thought it would? That’s a lot of “what ifs.”

And while book editors may not have to worry about one article, they have to think about whole books not working out. What if the writer fails to develop the book the way he or she intended? What if the writer drastically overwrites and the manuscript needs extensive editing? What if the market for the book fell apart during the time the writer worked on it? Again, that’s a lot of “what ifs.”

Sometimes it takes an on-the-ball freelancer to come up with a snappy new idea that grabs the editor’s attention. As a professional writer, you’ll need to have your fingers in lots of pies. You need to keep up with the latest trends. You need to prospect for nuggets of information, which you can assemble with other nuggets into a cohesive whole. In short, you need to be a gold mine of ideas.

Besides studying numerous writers’ guidelines, you’ll also need to analyze a magazine's or book publisher’s needs, so you can keep up with the changes, such as spot an editorial rearrangement or a shift of emphasis in editorial matter. Study at least a year’s worth of issues of a magazine or, for books, study the publisher’s latest book catalog to see what’s on the docket for the coming year.

Remember, editors think ahead—sometimes way ahead. Just like retail clothing buyers, editors think six or more months ahead. They’re planning their June or July issues in January. In July, they’re planning their December, holiday issues. If you’re submitting a proposal for a Christmas story in November or December to a magazine with a three- to six-month lead time, you're wasting your time. Length of lead time is the first question you’ll want to ask an editor. The second is when can you expect to be paid. Often you’ll find the answers to these two important questions in the writer’s guidelines. But just to be sure, it pays to ask. Magazines often plan their issues six months to a year ahead while book publishers often plan their projects two years ahead, depending on how long it takes them to get a book in print.

The only surefire way to find out what an editor wants is to try to give it to him or her. Don't query once, then stop after one rejection. If you do your homework and query repeatedly with different ideas, you’ll eventually hit your target.