Which League Are You Playing In? 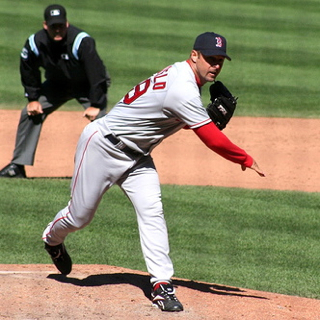 As a beginning writer, you may have a high opinion of your writing and your writing skills. The truth is that although you may have a great idea, your writing skills may not be up to effectively bringing it to completion. National magazines often pay thousands of dollars for a feature article, and while there’s a chance you’ll succeed in getting an article published in one of them, the possibilities are slim at best.

To get off on the right foot, take a look at both the minor and major markets. Don’t think just because a publication is a minor market that you won’t have any competition. Some of the same writers selling to the big magazines will be selling to their hometown newspaper or regional magazine. Minor markets may pay less but are just as professional. They may be ideal for a reprint of an article that you’ve already published elsewhere or a spin off from the research for that piece.

In order to plan your marketing efficiently, you need to compile three lists. Note as many minor markets as you can that fit your interests. Using a directory like Writer’s Market, compile a target list of approximately 25 of the best-paying publications in which you know you have a good chance of getting published and label it "A." Then compile a B list of publications that pay in the middle range, and a C list of publications to which you can send spin-off or reprint articles. Put your lists in a loose-leaf binder in which you can keep your marketing notes. For each of the publications in your lists, note its name, its page in the market directory, how much it pays, plus a brief note about what sort of articles it accepts.

Once you compile these lists, you’ll be able to refer to them for quite a while. Because markets change constantly, you’ll have to delete publications that go out of business or change direction.
Editors also move around, so while you may be in the good graces of one editor, the next may not like your writing style at all. Your lists will also prepare you when an editor you had worked with starts working for one of the publications on your lists. These corrections to your lists will save you time since you won't have to approach a magazine with a story idea only to have your query returned marked undeliverable.

With your list of article ideas in front of you (see my blog “Make a List and Check It Twice”), see how many ways you can use your research material. Then match the varied uses to publications on your lists. Using your lists in this way will greatly expand your marketability. When marketing your material, think outside the box and find other ways of using your researched material to make the most of your time.

And don’t think that you’ll find publishable markets only in directories like Writer’s Market. Many publications refuse to be listed in it because too many unqualified and inexperienced writers send in queries for ideas that are way off the mark and waste editors’ valuable time.

Ask your friends and family members if they can think of any publications where you might sell your work. Check out all leads, then add those publications that seem like possible markets for you to one of your lists. And don’t go into any doctor’s or dentist’s office without looking through the magazines put out for patients. You never know what you’ll find.