Reaching for the Top 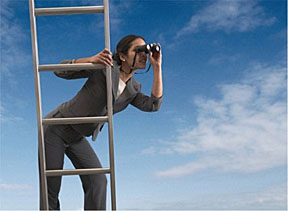 It’s the end of another year and time to take stock of what you’ve accomplished. Take a moment to list your outstanding and most successful projects. Perhaps you’ve reached a plateau at which you’ve been selling a variety of short articles to regional or trade magazines. You’ve definitely succeeded but not at the level you want. Do you still long to write for the top markets in your subject area? This year may be the time to make that longing a reality.

No one can promise you'll be able to make that enormous leap into top-paying markets. But if you’ve bolstered your credits by doing good work in the lesser markets, you’ve put yourself in the running for a shot at the top. If you’ve learned how to formulate queries that sparkle with excitement and precision so that top editors will take you seriously, then you’ve got a chance.

Too many beginning writers start out by sending queries or manuscripts to the editors of top publications only to be shot down or, worse yet, ignored. They wonder why their work is constantly rejected with form letters or Emails. Most never stop to think that perhaps they’re just not good enough. In order to crack the top markets, you have to be able to write well and have a bit of luck.

Improving your writing skills is easy. The more you write, the better you’ll become. However, you may need some help along the way. Be honest with yourself and list the writing skills you either lack or that need improvement. Once you have that list—and it shouldn’t be that long—you should do something about improving your skills.

Lady Luck also plays a big part in getting plum assignments. Being at the right place at the right time or offering the right story to the right editor at the right time is the key. That’s a lot of “rights.” And you can’t hope to always be in the right position for a particular publication. To do that successfully, you must study the periodical, inside and out, forwards and backwards, for at least a year’s worth of issues. Get to know how the editor thinks. Read their commentary at the beginning of the magazine, then read the readers’ comments and the editor’s reply to them.

Explorations into this rarified territory may lead to frustrations. Sometimes you'll be ahead of your time with an idea or concept. Have you ever been out of step? Have you ever appeared foolish because you forecast what others can't yet envision. Is your style of expression too avant garde for all but the most fearsome publisher to toy with. Don’t write for the culturally elite. Write for the masses. There are quite a few magazines aimed at the super rich. If you aren’t a jet-set type of person, then you won’t know how those readers think. For example, if you always camp out when you travel, you’ll have a hard time writing about ultra luxurious hotels with any credibility. Your budget-minded approach will constantly force you to question the high price of everything.

With a strong belief in your idea and a good deal of perseverance coupled with patience, you may find that your ideas will eventually pay off handsomely.

To reach for the top in freelancing, you'll want to consider all the possibilities. Other than negotiating for a position as a special correspondent or a columnist, or adding photographs to your package, or reexamining your ideas to see if they were ahead of their time when you first presented them, your path through the freelancing ranks might begin with writing for newspapers, then move to the pulps and small-circulation magazines. Eventually you might get a few pieces published in middle-market periodicals paying from $300 to $500. From there, you might move up to those paying $750 to $1,500 per article.

If you find yourself poised to reach for the top rung of the freelance ladder as the new year dawns, stretch as far as you can and perhaps you’ll make it.