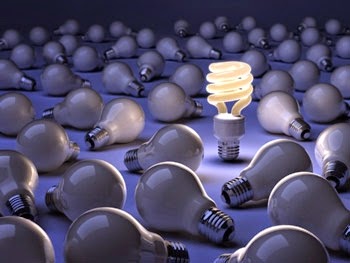 It’s hard to keep up the creative energy that all writers need to succeed. All writers are prone to intellectual laziness from time to time. Coming up with totally original, totally innovative ideas is exhausting. So many writers, once they’ve achieved success with a particular concept or genre, tend to repeat it.

Writing is a business. And business success relies on repeated production. One book does not a writer make. However, many beginning writers, like yourself, are under the mistaken impression that if they write a book, then they’ll have achieved success—at least for a few brief weeks or months. But what happens after that? Nothing unless you make it so.

As a writer, you have to constantly keep challenging yourself. You have to train your brain to constantly come up with new ideas or ways to reinvent old ones. A good writer never stops. It’s amazing how many writers publish a book or two, and perhaps several short stories or articles, and readers never hear from them again.

Others, like James Michener, fall into the trap of success. Michener wrote Tales from the South Pacific which became a bestseller. He soon realized that the format of the epic novel was the key to his success, so he wrote one after another. Originally, he did all the research himself, but after much success he was able to hire a team of researchers that would travel to a location and work for six months or more to help him write a book. Each book was much like the last. His publisher and his readers preferred it that way. Michener continued to write epic novels for years until he decided that he had had enough. He wanted to write something different. Unfortunately, his readers wanted more of what he had always done. His effort at writing something different failed miserably.

Many authors fall into this same rut. It’s really not all their fault. Instead, it’s usually a business thing. The more success a writer has with one subject or type of writing, the more he or she continues to do it—or is forced to continue to do it.

So the key is to challenge yourself. Try something new once in a while, some kind of writing that’s up to now been out of your realm. That doesn’t mean you have to go to the opposite extreme, say from writing articles to writing a horror novel, but perhaps the challenge may be in tackling a new subject. Get out of your comfort zone and wade into deeper water. Whatever you write will be better for it.
Posted by Bob Brooke at 10:05 AM