The Fate of Punctuation 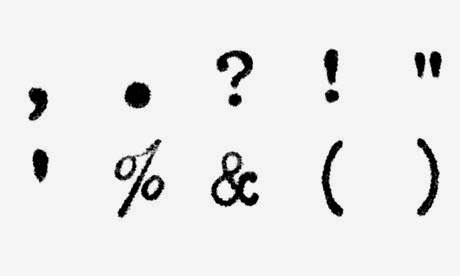 This past week, the Merriam-Webster's Collegiate® Dictionary folks announced they had added over 150 new words, including hashtag and selfie—words increasingly used by many people in social networking—to the classic volume. Even though a word may have become popular in usage, it takes a while for it to make it to the big leagues and the dictionary. You might say this also applies to spelling. But the same doesn’t go for punctuation or English usage. Their acceptance comes from continued correct or incorrect usage. The more they’re used, the sooner their use becomes acceptable by the public. But the process can take a long time.

The French have their National Academy, which acts as a watchdog over their language. For anything, including punctuation, to be used in the French language, it must first be approved by the National Academy. Unfortunately, the United States doesn’t have any such watchdog institution.

Every profession has rules and writing is no different. To be successful at writing—and for many that means getting published—you need to know and follow the rules, and that includes the rules for punctuation.

Some beginning writers feel they need to ignore these as a way these as a way of developing their own style. But every artist, including writers, starts by learning the basics. The unique thing about writing is that it’s a language art. And in order for everyone to communicate clearly, every language has usage rules, including those for punctuation. While you may be communicating in English, the same would apply if you were writing in Spanish, French, German, or any other language.

However, many beginning writers are led astray by the blatant ignoring of basic rules by published professionals, all in the name of style. Many big name writers do this to attract attention to their work. And their publishers go along with it because these writers make lots of money for them. In these cases, ignoring the traditional rules of punctuation is profit based rather than language based.

What some famous writers don’t realize is the effect their work has on writers who look up to them. They don’t see that they have a responsibility to all those that follow them to present their work in the best possible light.

So how did all this miss-use start? Email seems to be the culprit in most cases. Since its inception, there have been no rules governing how anyone writes anything in their messages. Originally used by academics to exchange notes, Email quickly evolved into the message medium for college students, who saw this it as a way to defy the rules of the English language which they had to adhere to in their studies. Soon this ignoring of the rules spread downward to high school students. And the problem got worse since Email had no rules, communication with it became an “anything goes” concept. Even today, most people still aren’t sure if they should adhere to good English usage or just do whatever they want.

Punctuation—or the lack of it— soon became a problem in other types of writing. Some Email users used no punctuation while others wrote in phrases instead of coherent sentences. Both came about because student users and soon everyone viewed Email as a personal communication medium in which both the sender and receiver knew each other fairly well. Soon all users adopted a casual style to Email.

But then something began to happen. That same casual style used in Email messages began to appear in articles, stories, and even books. If a lot of people used this style in their Emails and in online forums, many writers assumed it was okay to use it in their work. But in many cases it isn’t okay because not using the right punctuation, for example, can prevent clarity and ease of reading. Good examples include using two forms of punctuation at the end of a sentence when only one will do (?!) or (!!!!!) or using punctuation marks incorrectly, such as using an ellipse (...) outside of quotation marks to trail off the end of a sentence. While the latter may not be confusing to the reader, the former certainly is.