One Block at a Time 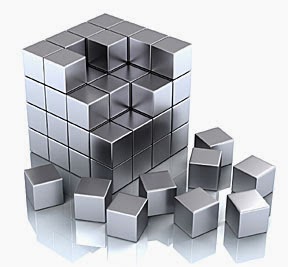 Every career depends on the building blocks gathered along the way. It isn’t any different for writers. Even the great pyramids rose one block of a stone at a time. So what kind of building blocks should you cultivate to make your writing career successful?

In this business, you’ve got to leverage whatever experience you have. Sure, one article or book may lead to another. A article, short story, or book may lead to a film. But those are the most obvious. What you need to look for are less obvious building blocks—those that you may even take for granted.

First of all, every experience you have may contribute to ideas for your work. Many writers, especially those writing fiction, use their own experiences as jumping off points. Some go as far as turning their personal experiences into stories or books. If you’ve gone through a traumatic time, readers want to read about it. Today, there seems an insatiable curiosity about what happens in other people’s lives.

But it’s a variety of experiences that lead to further successes. Take one writer who began writing reviews and taking photos of musical acts for a free arts tabloid handed out in record stores. This gig led to the publication of some of his photos in a large city newspaper. That gave him some clout to use when promoting his work to editors of some music and arts magazines.

That same writer loved to travel. But travel can be expensive, which limited him to local places. One day he received an invitation to a trade show from a friend in the travel business. That led to an invitation to travel to Guatemala on a press trip. He notified some editors of trade magazines that he was going on the trip, and one asked for whatever stories he could provide from the trip—on speculation, of course. He returned and wrote the stories, and the editor loved them. That was the beginning of a long-lasting gig with that trade publication.

And while trade writing brought in steady income, it didn’t pay all that much. So this writer set his sights on consumer travel magazines. His trade writing gave him ample credentials—he often wrote two or three articles a week for them. And writing for trade, no matter which trade, meant he was also writing for business.

That business article writing led to another long-standing gig with a regional business newspaper, for whom he wrote one or two articles a week. These provided another source of steady income.

Along the way, he was now developing several avenues of income which helped to steady his overall freelance outlook.

His travel trade writing led to offers to write travel guide books. Sometimes he was one of several contributors, while at other times he wrote books on his own. This added greatly to his credentials. The reading public, as well as magazine editors, look up to anyone who has written a book. The truth is that books don’t pay all that much. But the wealth they do give you is in the respect you get as a writer. If a book is successful—even if you don’t get paid a lot for writing it—it will be one of the biggest building blocks on your road to success.

If you’re work is good enough, you may even get awards. And these can go a long way to helping to promote your writing business. The writer above knew that and when he received several prestigious awards, he took full advantage of them as promotional tools. These helped him establish at least one specialty.

The bottom line is to always push your comfort zone. Seek work that stretches your skills—yes, even exaggerate here and there. Remember, your experiences plus networking plus your skills equals moving to the next level.
Posted by Bob Brooke at 9:55 AM