A Dickens of a Christmas 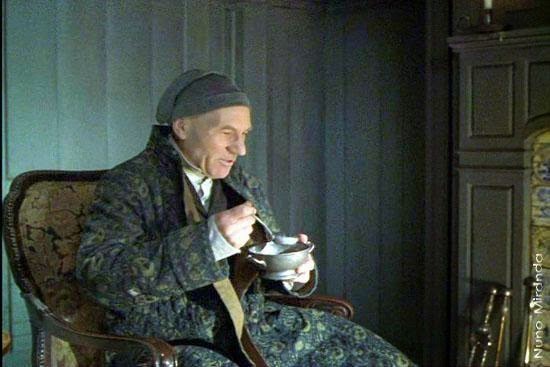 Today, everyone gets swept up in the retail, shop-til-you-drop world of Christmas. But for several centuries, it’s been writers who have memorialized holiday traditions or even created new ones through their stories. Two that come to mind are Clement Clark Moore’s poem “Twas the Night Before Christmas” and Charles Dickens’ novella “A Christmas Carol,” my all-time favorite.

It just doesn’t seem like Christmas without ole Charlie Dickens’ classic. Sure, the ghosts are spooky, but he draws his readers into the story in such a way as to make them experience cold, snowy, in some ways, desolate 19th-century London. I’ve seen every film version and have read the story many times. In some ways, it was Charles Dickens who inspired me to be a writer. And to think it all started with Christmas.

But what inspired Dickens to pen such a story? Most literary historians believe it was his
concern for the poor that brought him the inspiration needed to write “A Christmas Carol.” In September of 1843, at the invitation of Miss Angela Burdett Coutts, a wealthy philanthropist and a friend of his, Dickens toured one of London's Ragged Schools. Funded by private charity, these schools sought to educate some of the city's poorest children. The visit moved him so deeply that he spoke on the link between poverty and ignorance at the Athenaeum, an organization dedicated to educating workers, in Manchester. It was while he was in Manchester that the idea of transforming his impressions of the Ragged School into a work of fiction planted itself in his imagination. That October he plunged into a new story called “A Christmas Carol.” And while his social concerns may have inspired him to write the tale, it was his empty pockets that provided the motivation to undertake his new project.

Lately, Dickens’ financial situation had become dire since the sales of his latest novel, Martin Chuzzlewit, were floundering. Dickens felt sure that a story like “A Christmas Carol” would appeal to readers at Christmas time and thus generate needed cash. For he wasn’t only a good writer but a sensible businessman.

Dickens blazed through the writing of his new story, completing the manuscript in only six weeks. The project seized hold of him, inspiring him to work from morning until late at night. He passed some of these nights striding as many as 20 miles through the shadowy, still London streets, meditating on the story. In a letter to a friend he confessed that the work so charged his emotions, he found himself alternately laughing and weeping, an experience he transferred to his main character, Ebenezer Scrooge, in his story.

Dickens financed the publication of the slim little book himself, insisting on illustrations and a quality binding. It appeared in bookshops on December 19, 1843. Dickens complained that booksellers seemed uninterested in promoting the story. Nevertheless, the entire first printing of 6,000 copies sold out in less than a week. After subtracting what it had cost him to produce the book, though, Dickens earned very little from its first printing.

But Dickens managed to celebrate Christmas merrily that year, exclaiming in a letter to a friend that he had rarely experienced a Christmas season so full of dining, dancing, theater-going, party games, and good cheer. He even attended a children's party where he entertained the assembled company with magic tricks, to all appearances dumping the raw ingredients of a plum pudding into a friend's hat and pulling out the finished product. The children’s party also appeared in his story. It was as if Dickens, himself, had become Scrooge and relished in the joy of Christmas.

So while writers may write about more mundane subjects throughout the year, it’s often Christmas that brings out the best in them. And while it may be too late to compose your own Christmas story for this year, there’s always 2015.
Merry Christmas!
Posted by Bob Brooke at 10:35 AM

In addition to viewing "A Christmas Carol" in many movie and TV forms, I also read the short novel. I agree that the work has been an inspiration for generations of readers, writers and families that celebrate the Christmas season. This is a great post. Thanks for sharing your thoughts on "A Christmas Carol".