Planning for the New Year 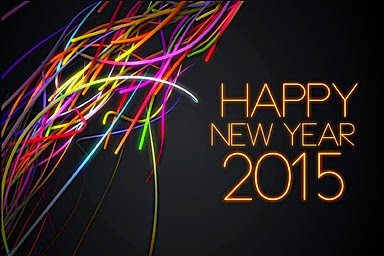 As the holidays come to a close, most people’s thoughts turn to looking forward to the New Year. They make a lot of resolutions that last perhaps a week, then it’s back to the old grind. Without some serious thought and planning, you may find yourself back where you were a week or so ago.

Realistically, there’s nothing new about the New Year. It’s begins on the day following the last day of the old year. For some it’s just another day. For others it’s the beginning of a new year, filled with promise and perhaps success. Frankly, the new year can begin on any day of the year. So if you don’t get started on January 1, there’s always the 2nd and 3rd. It’s never too late to plan ahead.

Many writers fail to take a hard look at their accomplishments. This past year may have been one filled with problems and downturns, but underneath all that is likely a glimmer of light— one or more things you did that stood out. Try to find those glimmers of light and focus on them, rather than the negative things that happened to you. And while the negative side of things can overpower the positive side, the positive things are still there. It’s up to you to find them.

Make a list of your writing accomplishments. Don’t limit them to just pieces you’ve gotten published, but to what you think you’ve done that was not only good but super, even if editors didn’t think so.

What’s missing from this list? Were there pieces you wanted to write but didn’t get time? Did you miss the mark on the better markets? Was there something special you wanted to write about but never had the chance? And finally, did you make enough money? The answers to these questions will help you plan for 2015.

In order to create a plan of action, you need to set down some goals for this year. Goals come in two forms—long term and short term. The former helps you plan way ahead while the latter helps you stay focused on the here and now.

Long term goals usually span three to six months, sometimes even as much as a year or more. These might include breaking into new markets or working on a book. Ask yourself where would you like to be with your writing in, say six months. What would you like to accomplish?  What skills need improvement to enable you to achieve your goals?

Short term goals are more current, covering as little as a week or as much as a month. They’re also more specific. For instance, you might set a goal to get a particular article or story published. Or you may set some fitness goals to get your body and your mind in better shape.

For both long and short-term goals, you’ll need to list what you need to do to accomplish them. Limit these needs to three. That’s realistic, given the amount of time you’ll have to devote to accomplishing them. More than three may overwhelm you, causing you to avoid that particular goal.

Above all, keep things simple. Don’t list too many goals for a specific amount of time. Set only the number of goals, both long and short-term, that you can easily accomplish in the time you’ve set.

Writing down goals is one thing. You’ll then have to make yourself review them from time to time to make sure you’re staying on track. Set a time to review what you’ve accomplished—at the end of a month, at the end of three or six months, at the end of the year. How did you do? Did you fall short, and if so, by how much?

Don’t worry if you failed to accomplish a goal or two. Just roll the unfulfilled goals over to the next time period. For your yearly goals, there’s always next year. And for your short-term goals, there’s always next week, next month, or next quarter. But don’t just keep pushing goals ahead. Doing so will prevent you from making any progress. Stay on track and move forward so that at the end of 2015, you’ll have a lot to look back on.