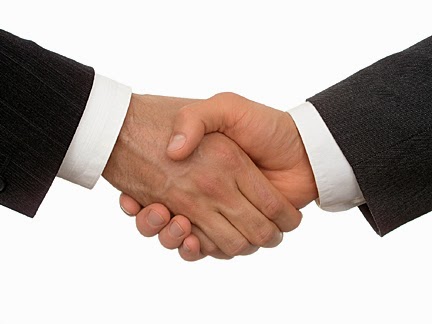 In today’s topsy-turvy world of freelance writing, making a lot of money is nothing more than a pipe dream for most. Making any money is more realistic. It has become harder and harder to do so with the flood of new media. So how can you make enough to pay the bills—and not count on your spouse’s paycheck. Ladies I’m speaking to you.

The first thing you have to learn to do is to do your best for whatever you’re getting paid. This can be a challenge as many publications have cut their pay rates in the last several years. To make sure you come up with good content, you need to be as organized as possible, so you don’t spend countless hours on a job that pays a low rate.

There’s an old saying: “You get what you pay for.” While that may be true, a lot of editors want more than they’re willing to pay for. You can make your articles seem better if you include lots of details and keep them short. Generally, a shorter piece take less time to write. So stay focused on your topic. Get excited about it and let that excitement spill out to both your editors and readers.

The second thing you must learn to do is negotiate. Most writers shy away from this because they assume that if they push too hard, their editors will reject them. That may be true when you first start working with an editor. Rule Number One: Don’t negotiate on the first job with an editor. Do the best you can on it and win that editor over. You might consider doing two or three jobs for that editor before asking for more money. Sometimes, an editor’s hands are tied and he or she cannot give you more. But usually they have some leeway in what they pay freelancers. Some writers get paid the minimum while others get the maximum.

Start out by asking what the editor can pay for the assignment. It’s at this point that you must decide if you can economically do the job. Is it worth your time? Will it be easy enough to make lower pay feasible? If the answer is no, tell the editor you’re sorry, but you can’t do your best on the job for that price. Believe it or not, there are other fish in the sea.

Once you feel confident enough to negotiate, think like you’re at a public market in a foreign country where bargaining is the norm. Before you begin, consider what you are presently being paid and then figure how much more you can accept. Ask for 50 percent more to start. Don’t get greedy. The editor may counter with 25 percent more. It’s just like bargaining for a souvenir. If you don’t get your price, be prepared to walk away. If the editor likes your work enough, he or she will counter with an acceptable offer. You’ll be surprised how often this works.

In order to be able to negotiate successfully, you have to have shown the editor that you can get your articles in on deadline. If you discover that you’re going to be late, call the editor and let him or her know. They really appreciate that. In fact, they’re smart enough to have given you a deadline that is actually a week or two ahead of when they actually need the article. So there’s a little wiggle room. But don’t count on this. Some editors work right to the wire.

Lastly, as a business person, it’s important for you to follow up. Remember, editors are busy people. Besides dealing with other writers, they’re dealing with various departments. After you’ve sent in the assignment, wait a couple of days and then send a short Email asking if the editor received it. If you mailed it, give them a call in a couple of days. Both the U.S. Postal Service and Email can be unreliable.

The editor will tell you when he or she plans to run your article. Once that date passes, send another message asking for a copy or two of the issue in which your article appears. And if you haven’t received payment by the negotiated time, contact the editor about it. And don’t forget to let the editor know how much you enjoyed working with them—if you did. Don’t lie. There are some editors who are hell on wheels to work with. In their case, move on to another publication. Don’t torture yourself, no matter how much you’re paid.

NOTE: For additional ideas on negotiation, read my blog from Feb. 1, 2013---"10 Ways of Improving Your Chances in Negotiation."