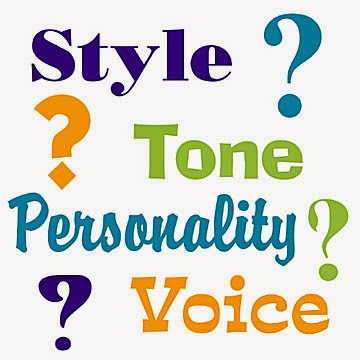 Most writers get so involved with their writing that they aren’t aware of the tone they impart to it. In fact, it isn’t until a third party, someone like an editor, reads what you’ve written that you’re made aware of the tone or lack of it in your writing. Tone can create interest or just the opposite.

Perhaps it might be easier for you to visualize tone. Photographers give mood to their work using light, either natural or artificial. It’s the way they choose to light their subject. The mood they create using light translates into tone. For heightened drama, they light their subject from the side. To increase horror, they light from below. For romance, they use soft candlelight. In films, directors convey the tone of a scene through its background music. Showing a person being pursued by a vicious dog wouldn’t be half as frightening without the ominous music that accompanies it.

But writers don’t have light or music. Theirs is a world of words. So creating the right tone, for the most part, involves using the right words, arranged in a particular way, for the effect you want. When a person speaks, it’s the volume of his or her speech that conveys the tone. But writing is silent. And that’s the challenge.

So if you use the wrong tone in a piece, it can ruin it for your readers. You’ll turn them off before they get half way through.

Unfortunately, it’s nearly impossible to hear the tone in a piece of writing while you’re working on it. It’s only after you’ve been away from it for a while that you’ll notice the tone. And it may surprise you. One way to make yourself more aware of the tone of a piece of writing is to read it aloud. Or even better, read it into a digital audio recorder, then listen to it as if you’re listening to a book on tape. You’ll hear the tone of the piece, whether good or bad.

The primary rule when working with tone is to keep it consistent from beginning to end. Establish your tone in the first sentence. Stay on track and don’t change tones within a piece. Look for places in your piece where the tone fades or shifts and focus your revision there.

Be wary of off-topic tangents. Don’t let your writing ramble. That will destroy the tone more than anything. Stick to your subject.

Depending on what you’re writing, you need to be aware of your voice, but don’t let it set the wrong tone. If the type of writing you do involves your opinion, don’t pussy-foot around. Express them. Take a stand. The worse thing is for you to try to avoid conflict with your readers. Don’t be polite just because you don’t want to offend your readers.

You can improve the tone of a piece by adding specific details. These draw the reader in and make them feel as if they’re part of the story or article. In fiction, this can help establish a character’s mood. In non-fiction, it adds depth and credibility.

However, working with tone can present problems. When bad things happen to people, some react by writing a book about the experience. Usually, it’s a bad book about all the horrible things that happened to the author. It presents little hope to the reader. This is common with people who have had a bad medical experience, feel strongly about controversial issues, or are angry about other people’s behavior.

To fix the tone, you have to fix the way you think about a given subject. You have to back off, calm down, see other points of view, maybe even take some responsibility for whatever happened. When writing about delicate subjects, you mustn’t let a negative tone take over the piece.