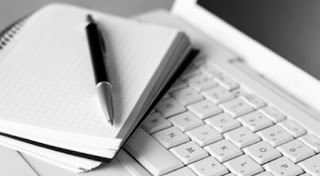 Because writing is one of three universal forms of communication—the other two being speaking and listening—writers are susceptible to comments and even harsh criticisms from just about anyone.

In most cases of this sort, the person making the comments has neither the background nor credentials to determine whether you should be a writer or not. Only another writer can truly comment on your aspirations. And even then, it’s only their opinion.

And even if you’re trying desperately to become a professional writer—one that gets paid for their writing—the person who doesn’t write for a living but just writes to communicate can’t understand what all the fuss is about because to them writing is an everyday thing.

So what makes a writer so special? Although “wordsmith” is a word only used in pseudo-intellectual circles today, it best describes what a writer does. A writer crafts articles, stories, and books using words in a special way to achieve a purpose, to communicate a special message. People describe those who can do this without too much effort as having “talent.” But, in truth, any writer can achieve the same goals with hard work and determination.

It’s like when you were back in school. Some of your fellow students got good grades with hardly any effort. It seemed as if they didn’t do half the work you did. But in the end you may have received good grades by working harder. The same happens with writers.

Once you’ve had something published for pay, you think you’ve made it. But getting published is only the first step in a career-long process. At this point you can claim to be a writer, for you’ve written something and gotten paid for it. But other people don’t see the difference. To them, you write just like they do—you put your fingers on the keyboard and tap away.

Because of this, they look upon you as a threat to their writing abilities. Normally, you may not have a problem with this, but should you use your writing abilities for a project that isn’t related to your professional work, all bets are off. At this point, others see your writing abilities as equal to theirs. So whether you know that a passage should be written in a certain way doesn’t matter. They won’t hesitate to criticize your work because they feel equal to you.

Ironically, this doesn’t happen with other professions. No one tells a doctor or a lawyer or even a business owner the right way to do their work because they know nothing about it.

Even in the writing industry, we have prejudices. People look upon writers who are on the staffs of newspapers and magazines as professional writers. But they don’t look upon freelance writers with the same eye, even though they also get paid for their work. To many people, working for a weekly paycheck gives the job credibility. In fact, most people don’t even realize freelance writers actually exist even though they read their work in publications all the time. And what about all the authors out there? Using the word “author” after your name only says you write books, but in the end, you’re a writer all the same.

So what can you do to gain credibility in the eyes of others? First, you must study your craft and learn all the grammar and usage rules. Then you need to learn when to break those rules to make a point or show emphasis. Academics only write by the rules. General writers write using the rules or not depending on what they’re trying to say. What makes it difficult for freelance writers is that there are no requirements to be one—no special schooling, no degree, no internship. The only credibility a freelance writer has is his or her ability to get published and get paid for it.

Writers spend a very busy life, they always think about new things, they write any thing for their readers, they are the respectable part of the society about proofreading and editing services, only educated people can make a writer, many people right for self motivation and find encouragement in the small things.