Sensing the World Around You 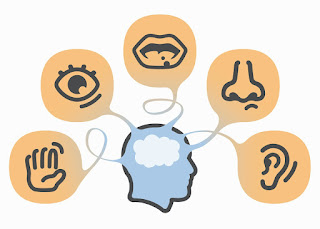 In order to draw your reader into the world you’re reporting on or into a fictional world you’ve created, you’ve got to be able to translate what your senses tell you into words. Too many people, including a lot of writers, just amble through life, not truly interacting with the world around them. To be a good—no make that great—writer you need to be aware of every nuance as you go about daily life. To do this, you must learn to how and when to turn on and off your sense awareness.

If you were to be hypersensitive 24 hours a day, you’d probably go mad. But there are times when you need to hike your sensitivity up a notch, to put your senses into hyper mode. Then after you’ve mastered this hypersensitivity, you must learn how to write about it so that your readers will experience it, too.

As humans, we’ve been given something that separates us from other mammals, who also have sense awareness. That special something is reason. Just being aware of things around you isn’t enough. You have to be able to interpret them—to understand how they all fit together.

The strongest of your five senses is sight. If you write fiction, you probably fill your scenes with rich visual detail that your readers can picture in their minds. But make your writing come alive, you must include bits of the other four senses, for without them, your writing will be lifeless.

People normally depend on sight so much that it replaces some of what the other senses are meant to do. When a person loses their sight, not only does their world go dark, but they feel as if they’re living in a void. Writing using only sight does the same thing for a reader.

Sight offers us shape, color, and texture, important things to consider when describing people and objects. But it also helps us interpret distance, an important part of describing landscapes and cityscapes. We pay so much attention to what we’re seeing that we forget that there are sounds to be heard and aromas and fragrances to be smelled.

The sense of smell is the one that’s most closely linked to memory. Why do you think that the smell of popcorn evokes such a strong desire to watch movies? Selling popcorn in the lobby of movie theaters over the decades has associated the smell of it with watching movies with most people. When Blockbuster Video had video rental stores, they always had a popcorn machine making popcorn. The smell of the stuff permeated the store and encouraged people to rent movie videos.

The same is true of the smell of cinnamon buns. Supermarkets get their buns frozen and ready to bake. They position their bakeries in the front of the store with a vent to the parking lot. As you get out of your car, you’re drawn into the store by this delicious smell. Even if you don’t buy any cinnamon buns, the smell of them triggers memories of a cozy home which makes you hungry, thus you buy more of everything else. So including smells in your writing will trigger memories in your readers, putting them into the scene, itself.

Generally, smells can be divided into three types: aromas, odors, and fragrances. The first is a pleasant one having to do with foods. The second has to do with unpleasant food or other smells. And the last is the ultra pleasant scents of flowers and perfumes.

Taste is another sense often forgotten by writers. Ernest Hemingway knew this and included tastes of foods in many of his stories.  The sense of taste is usually associated with the sense of smell. You can break taste down into five types: bitter, sweet, salty, sour, and the newest and trendiest, umami, a Japanese word that means “pleasant savory taste.” A good example of this last type is cooked mushrooms.

To awaken your sense of touch, you must purposefully touch something with the pads on the insides of the tips of your fingers. Don’t fully touch the surface but hover close to it with the pad with your finger pads, just enough to be able to sense the texture of the surface. Now while you can’t go around only using the pads on your fingers to touch things, doing so will train you to become more aware of things you do touch. Readers want to know what things feel like. That vicarious experience of touch really draws them into your writing.

Sound is another sense that most people take for granted. We hear all the time, yet we really don’t listen. Most people put hearing on auto mode. Hearing is selective. We hear what we want to hear. Even though there may be softer sounds in the background, we select to hear those that are the closest and therefore the loudest. Put sounds into your writing. Let your readers hear them. Doing so will help create drama and impact.

Until you train yourself to include all five senses in your writing, the best way to deal with them is to write as you normally do, then go back over what you’ve written and note the senses that are missing and put them in. Eventually, you’ll include them naturally.