Do Beginning Writers Need an Agent? 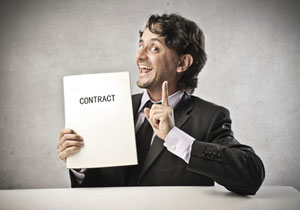 People generally look for the easy way out on most things. And writers, especially beginners, are no different. So it’s no surprise that many beginning writers believe that in order to succeed in publishing, they have to have a literary agent.

The publishing world is a mess at the moment. It’s no wonder beginners feel that they need help to navigate the confusing maze of publishers and editors. But does having an agent guarantee they’ll get published? Not necessarily.

In the first place, many literary agents won’t even consider taking on beginning writers. And those that do usually are a bit shady in their dealings and take advantage of a beginners ignorance in business matters.

At this point, it might be a good idea to find out just what an agent does for a writer. Essentially, when a writer teams up with an agent, he or she is basically outsourcing the marketing and promotion of their work. A highly successful writer, usually those writing and publishing books, needs someone like this to help with promotional chores. This leaves more time for them to write. But a beginning writer has not such demands on their time. Many beginners usually have just written their first book and are desperate to get it published. They see an agent as an express method of accomplishing this.

A big problem with many agents is that they have a stable of editors and publishers with whom they have close relationships. They rely on these people to place their clients’ work because of past successes. They do this at the exclusion of any other publisher that could possibly want to consider a book, for example.

One writer’s agent sent a book proposal around to 28 different publishers. Each politely declined to publish the book. When he had exhausted his list of publishers with whom he had relationships, the agent stopped sending out the proposal. In the end, the writer never did get his book published.

Another writer worked successfully on a couple of travel books through an agent and a particular publisher. The agent took a hefty 15 percent of his advance as her fee. After completing these two books, the writer decided to try his hand at negotiating himself. He got substantially more money than the agent was able to get him and didn’t have to pay her the 15 percent fee. The writer went on to publish two more books with the same publisher and had the firm consider two more book ideas.

So it comes down to this. Beginning writers are caught between a rock and a hard place when it comes to publishing their first book. They have no credentials and think that having an agent will miraculously give them some. Also, agent generally don’t promote articles or short stories. The low fees paid for them can’t compare with the advances paid for books. And, let’s face it, 15 percent of not much money isn’t a whole lot.

Next Week: Some tips on writer/agent negotiations.