What Makes a Great Writer? 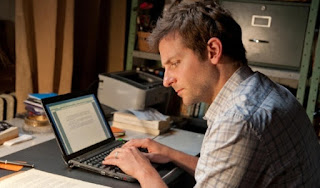 You’d think that to be a great writer, you have to be a master wordsmith. While that certainly helps, it takes a bit more to put you at the top and keep you there.

Someone who writes a bestselling book the first time out of the gate may be a good writer, especially if the book is a hit. But it could be the subject matter that sells the book—plus some really great editing.  Having one hit book doesn’t make anyone a great writer, just a lucky one. In fact, can this person even be considered a writer at all or just someone who’s incredibly lucky. Great writing comes with experience and lots and lots of writing. The old saying, “Practice makes perfect,” isn’t far from wrong.

Take Harper Lee, the author of To Kill a Mockingbird. Some claim her book to be one of the best of all time, but what else did she write? She just happened to write about racism—a really hot topic just about any time—and she did it well. But then nothing for years. Recently, she tried to resurrect one of her old manuscripts, but it more or less fizzled. So in the greater world of writing, she might be considered to have produced a “happy accident,” but she’s not necessarily a great writer.

Then look at writers like Tom Wolfe, Truman Capote, Ann Rice, and John Updike, and you’ll notice they all have one thing in common—they all have written about various subjects equally well.

Another thing these writers have in common is that they aren’t only aware of the world around them, they scrutinize it’s every detail. So many things occur every day that the number of subjects and even topics within a subject category is almost endless. All of the above writers most likely had so many ideas they didn’t know which to do first.

Prolific writers are students of the world around them. They pay attention to everything because stories worth their time are happening all the time around them. The difference is that they see details others don’t. Their gift is seeing beyond the obvious.

Great writers also know how to fight resistance—that invisible force that works against creativity, production, and progress.  Resistance is that little negative voice that tells you that you can do it tomorrow or that you’re not that good anyway. Resistance is the enemy to anyone who strives to be great. Successful writers are aware of this and know how to fight it.

Creating writing is hard work. Many people who think they want to be writers just don’t make it because they don’t realize just how hard it is. There are probably more half-written novels out there than completed ones.  To be a great writer, you’ll have to keep your head down and move forward regardless of the odds.

If you say no to new ideas, you probably haven’t taken many risks. And writing is a risky business.  Too many beginning writers don’t like to see other succeed where they have failed. And when someone does succeed, they usually don’t know all the details. A great writer believes his or her ideas are possible whether they are or not.

People often see great writers as delusional or egotistic. But it’s really seeing the world for what it could be and expecting nothing less than passion and belief in what they are doing that makes them great.
Posted by Bob Brooke at 7:54 AM