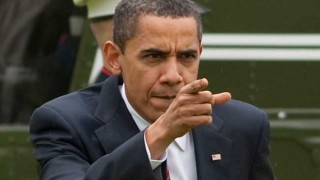 Back in the 1950s and 1960s and forever before that, people looked at writing as something special. But in the realm of communication, it’s one of three parts— speaking, listening, and writing. If you look at writing from that perspective, you’ll see that whatever you write should be like whatever you speak. Readers are also listeners, except they listen to the printed page or screen.

Back then,  most people viewed writing as a formal activity not related to talking. That’s because that’s what they learned in school. Academics and a lot of business people like to throw their intellectual weight around, so they use big words and long, complicated sentences when they communicate. It says, “Look at me. I’m smarter than you.” Again, that’s because that’s what they learned in college. Intellectualism breeds more intellectualism.

If you listened to President Obama’s farewell speech the other night, you had no trouble understanding what he was trying to say. Write those words down on a piece of paper and they’re just as clear. You can say what you want about the out-going president, but one thing is crystal clear—the man knows how to communicate clearly with everyone. And as a writer, you should, too.

In today’s hurry up, chat and text world, many people have dropped their guards when writing, much to the chagrin of many working and retired English teachers. They say people are butchering the English language. But really, all everyone wants is to understand clearly what’s being said. And to do that as a writer, you have to write as you talk.

There’s nothing different between writing something like a blog and discussing the same subject in person. In the latter case, there’s probably a conversation going—a give and take. And that’s what you want to have with your reader. Online blogs and articles, as well as Facebook posts, all have a space at the bottom for readers to leave their comments. Sometime, you’ll see a lot of them. At other times, you don’t see any. Usually that’s because readers won’t leave a comment if they’re satisfied with what the piece said, but they will if they disagree with it.

Today, good writing is conversational writing—writing that reads and sounds like good conversation. The big difference is that the writer makes it go where he or she wants it to. The next time you sit down to write, pretend that readers are sitting across the table from you and then just tell them their story—only on paper.

A beginning writer is writing a memoir about a special time in his life. The word “memoir” may leave you with the impression that this will be a boring piece of writing. In fact, it’s just the opposite. Not only is it clear, it also includes such detail that it draws the reader into the story.

So a good resolution for this year might be to forget big words and write as you talk. Communicate directly with your readers. You’ll see an immediate change in how they react to your writing.
Posted by Bob Brooke at 8:45 AM