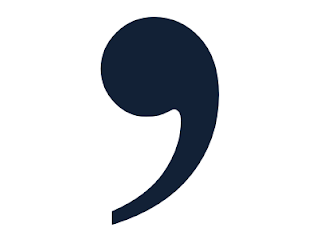 Commas are an essential form of punctuation in any type of writing. But their use has fluctuated over the years. Because of this, writers and non-writers alike have become confused as to when to use them.

Everyone learns to write in school. Unfortunately, academic writing has its own set of rules, most of which lean towards formality. But today, writing outside of school is decidedly informal. In fact, even lawyers now attend seminars to help them write briefs in plain language.

The trend today is to use fewer commas and only in the essential places in a piece of writing. Some people use them like spices in cooking, peppering their work with as many as possible just in case they might forget to use one somewhere where it’s needed. Others don’t use enough commas, making their writing hard to understand.

All punctuation is meant to help the reader know when to breathe when they’re reading aloud. The same holds true for reading silently. Think about it.

Before the invention of the printing press, the only punctuation was a dot at the end of a thought. This made most manuscripts very difficult to read. But then, most people didn’t even know how to read back then. When the printing press came along, it allowed printers to insert other forms of punctuation to make it possible to not only know when to pause—using commas—but also when to raise the voice—exclamation points—when to stop—periods—etc.

To begin with, the typical comma is used to separate two independent clauses. That means that both clauses must have a subject and a verb. The comma comes before the conjunction—and, but, for, so, or yet—that links the two clauses. A comma isn’t used when there is an independent clause followed by another verb that continues the same thought. This is technically a compound verb.

There seems to be lots of controversy as to whether a comma should be used between the last two items in a series. Currently, it seems that a writer can place it there or not. And that, unfortunately, is how the English language evolves—by trial and error. Eventually, the majority of users will use it one way or the other making that the rule.

Commas are also used to offset nouns of direct address. An example might be “Steven, please pick up some milk on your way home.” Or to set off phrases such as “of course” or following or surrounding words like “unfortunately.”

Finally, the use of the semi-colon is on its way out. Instead, many writers now place a comma. But a little caution is in order. Instead of using the semicolon in the first place, make the two clauses it’s joining into separate sentences. The resulting sentences will be shorter and easier to read.

Remember, commas are the signal to pause. So when not sure, read the sentence aloud to see if a pause is needed. Then insert a comma where the pause should go.

To learn the correct use of all types of punctuation, read "Punctuation in a Nutshell" in the Writer's Corner section of my Web site.
Posted by Bob Brooke at 9:55 AM