What to Do When? 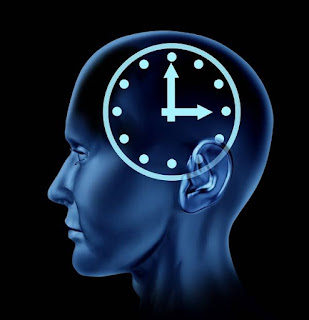 In today’s hectic world, it seems there’s never enough time. But maybe that’s because you’re doing some things at the wrong times.  What if you could pack more into each day by doing everything at the optimal time?

Multi-tasking has caused old-fashioned time management to become obsolete. Research suggests that paying attention to your body clock—and its effects on energy and alertness—can help pinpoint the different times of day when you perform your best at specific tasks, from resolving conflicts to thinking creatively.

Most people organize their time around everything but their body's natural rhythms. Do the demands of freelance writing, kids’ schedules, and social events frequently dominate your day? Inevitably there will be a clash with your body's circadian rhythms of waking and sleeping.

As difficult as it may be to align your schedule with your body clock, it may be worth it to try, because of possible health benefits. Disruption of circadian rhythms has been linked to such problems as diabetes, depression, dementia and obesity. When your body's master clock can synchronize functioning of all its metabolic, cardiovascular and behavioral rhythms in response to light and other natural stimuli, it gives you an edge.

When it comes to doing projects that require intense thought, most adults perform best in the late morning. As your body temperature starts to rise just before you awake and continues to increase through midday, your working memory, alertness and concentration gradually improve. Taking a warm morning shower can jump-start this process.

But your ability to focus and concentrate typically starts to slide soon after Noon. Most people are more easily distracted from Noon to 4 P.M. Also, your alertness tends to slump after eating a meal—the more food you eat, the deeper the slump. Do you find yourself getting sleepy around 2 P.M.? You might want to consider taking a short nap.

Studies have shown that fatigue may actually boost your creative abilities. You may find that tackling problems that require open-ended thinking works best in the evening when you’re tired. Perhaps that’s why many writers get flashes of insight before going to bed.

Of course, everyone's body clock isn't the same, making it even harder to synchronize natural rhythms with daily plans. Research shows that some people operate on either of two distinctive timetables. Morning people tend to wake up and go to sleep earlier and to be most productive early in the day. Evening people tend to wake up later, start more slowly and peak in the evening.

When choosing a time of day to exercise, paying attention to your body clock can help you improve results. Physical performance is usually best, and the risk of injury least, from about 3 P.M. to 6 P.M. Muscle strength tends to peak between 2 P.M. and 6 P.M. at levels as much as 6 percent above the day's lows, improving your physical ability. And joints and muscles are as much as 20 percent more flexible in the evening, lowering the risk of injury. These body rhythms hold true regardless of how much you've slept or how recently you've eaten.

Communicating with friends and colleagues online has its own optimal cycles. Sending emails early in the day helps beat the inbox rush. Messages posted early in the day are most likely to be read. For many people, checking their Email is has replaced reading the newspaper at the beginning of the day.

To start your day out on a positive note, check Twitter between 8 and 9 A.M.. That's when users are most likely to tweet upbeat, enthusiastic messages, and least likely to send downbeat tweets steeped in fear, distress, anger or guilt. Sleep will refresh you and will leave you alert and enthusiastic.

You should do other social networking later in the day. If you want your tweets to be re-tweeted, post them between 3 and 6 P.M., when many people lack energy to share their own tweets and turn to relaying others' instead. Posts to Facebook at about 8 P.M. tend to get the most "likes," after people get home from work or finish dinner.