What is a Story? 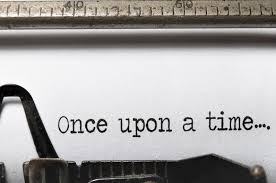 Writers tell stories. And it’s not just those who write fiction. No matter whether you’re writing an article, a short story, or book, you are, in fact, telling a story. But you’d be surprised just how many writers, both novice and professional, really don’t know what a story is.

The classic rule is that a story should have a beginning, middle, and an end. Everything you write pretty much follows that format. But do these three things make whatever you’re writing a story?

Centuries ago, Aristotle noted in his book Poetics that while a story does have a beginning, a middle and an end, the beginning isn’t simply the first event in a series of three, but rather the emotionally engaging originating event. The middle is the natural and causally related consequence, and the end is the inevitable conclusive event. In other words, stories have an origination, an escalation of conflict, and a resolution.

Your story needs a vulnerable character, a setting that’s interwoven with the narrative, meaningful choices that determine the outcome of the story, and, most importantly, reader empathy. Basically, a story is a transformation—either the transformation of a character or sometimes of a situation. But above all, you must have some sort of conflict.

At its heart, a story is about a person or persons dealing with tension. Without obstacles and without a crisis event that initiates the action, you have no story. The secret to writing a story that draws readers in and keeps them there isn’t to make more things happen to a character but to create more tension as your story unfolds.

So how do you introduce your main character to your readers? Begin by having your character perform some sort of action as your first scene opens. Remember, your story is part of a larger whole—a life that has been ongoing way before the story that your telling has even begun. So you must jump into the storyline as it passes you by. You want your readers to grab your main character and hold on tight. Your readers will be propelled through the story until they get to the point where they will let go—the point at which the story ends. But even though the story ends, life goes on.

The crisis that tips your character’s world upside down must be one that your protagonist cannot immediately solve. It’s an unavoidable, irrevocable challenge that sets the movement of the story into motion.

Unfortunately, your protagonist will fail because he or she will always be a different person at the end of the story. If this doesn’t happen, your readers won’t be satisfied. By the time of your story’s climax, your main character will have made a discovery that changes his or her life forever.

Your character will make this discovery by being clever enough to piece together clues or will show extraordinary perseverance or tenacity to overcome the crisis.