How Good of a Salesperson Are You? 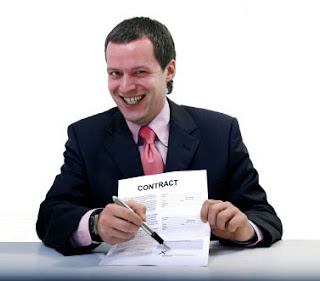 No, you aren’t applying for a job in a retail store. But to be a successful freelance writer, you do have to be a good salesperson—as good as anyone who sells in a high pressure environment. You need to develop selling skills on a par with the best traveling salesmen.

Many beginning freelance writers are so consumed with the act of writing that they forget about selling their work after they’ve finished writing it. But writing and selling should go hand-in-hand. You need to do both jobs equally to be a success. So before you even begin to work on a project, have an idea of where you’ll potentially sell it.

The best salespeople begin their sales campaigns by developing a list of prospects. They glean names from whatever source they can, building a list of people to contact. Though over time you’ll amass a list of people you can count on to help with research, you also need to begin a list of potential markets—and not just markets but personal contacts in those markets. You can achieve this by sending out queries for projects or sending material out on speculation that some editors will begin to buy. Once you have your foot in the door, insert a doorstop and keep that door open.

After a top salesperson has a short list of contacts, they’ll sort through it to find the best-sounding prospects so they'll save time and money by avoiding blind alleys. They make their initial contacts, then review what happened, noting all reactions. Then they use these notes for follow-ups. They’re constantly looking to expand their markets. And you should, too.

While you may tackle the first step—creating a partial list—you probably don’t follow up on the remaining ones because, let’s face it, most freelance writers are lousy salespeople. While creative burnout and procrastination often plaque their writing, the same thing happens when they're trying to sell their work. In order to expand your freelance writing business, you have to avoid this. Remind yourself that at times freelancing may be 50 percent writing and 50 percent selling. And while large businesses have sales departments to handle selling their products, you don’t.

Be realistic about your markets. Remember, there’s loads of competition—a recent statistic puts the number of freelance writers in the U.S. at nearly 70,000. To get anywhere, you have to stand out from the crowd. Your material and your presentation of it have to offer editors the best and more of it than others can provide.

The first step is developing your prospect list. You’ll need to study the market and learn the possibilities so well that the market seems to evolve by itself. And don’t start at the top. You’re sure to fail. Begin at the bottom and work your way up. Start with the easiest markets, which most likely will also not be the highest paying. But the easier ones have less strict requirements and demand less work overall than the highest paying ones. Plus, you’ll have a much better opportunity to get published in them. But remember that you’ll only be working with them for a while to build up your credibility as a writer.

If you’ve already begin to publish your work, review your original markets. If you're working well with them, negotiate with the editors for higher pay or perhaps ask if can become a contributing editor. As such, you won’t get any more pay, and you won’t be doing any editing. But you will have your name on the magazine’s masthead, which will impress other editors higher up the pay chain.

When the same bland renewal notice for a magazine subscription arrives in the mail, you usually toss it in the trash. If you intend to renew, you most likely don’t do so on the first notice, but two or three later. The same goes for the reaction by an editor to the same presentation. If you want to renew an editor's interest in your material or build up assignments on a higher level than in the past, think about upgrading your presentation. How well does it sell your ideas? Is your timing and the sequence of your ideas logical? Is the market holding you back or are you holding yourself back through lack of expertise, timidity, or just plain fear?

Today, freelance writers have all sorts of sales tools at their disposal—Email marketing, Web sites, social networking, etc. But just like regular advertising, you also have mass mailing. Have you ever thought about designing a brochure showcasing your work and sending it along with your queries? Can you do the same digitally and send it along with Email queries? Have you given any thought to developing your own Web site. Not a personal one, but a professional business site that’s aimed at editors?

Remember, some of the nation’s top freelancers spend as much as three or four hours a day on the phone and the Internet keeping in touch with publishers and editors. Start making the time to do the same if you want to become a success in this business.

Bob: Thanks for writing this. As here yet again, you've managed to not only thoroughly elaborate on a valuable topic, but you've also done so while maintaining the highest level of "readability."