It’s All in How You Say It, Not What You Say 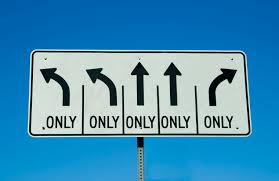 Clarity is all important to a writer. You must make sure that what you say is clear to your readers because, even in this age of technology, they can’t always contact you easily and ask a question about what you wrote.

All writers come out of the educational system which emphasized that more complex words showed a higher level of intelligence. After all, as a professional writer, shouldn’t your vocabulary be better than that of your readers? The answer is an emphatic no.

It’s not about how many words you know but how many common words you can use to express yourself.  Complex or $25 words—they used to be $20 but inflation has caught up to them—are words beyond the average reader’s vocabulary for which they can’t get the meaning from the context. So the first rule of clarity is to stay away from #25 words. But there’s another side to clarity.

Readers are constantly bombarded with  deceiving wording in the weekly supermarket brochures where they purchase their groceries. Sometimes, it’s the fine print—they must buy four of something selling for 4 for $10 to get the discounted price. Another ploy is that an item is only for sale at that price on a particular day of the week. But the latest has been the lack of clarity in the ads in the weekly circular. Often shoppers don’t know what to expect until they get to checkout and end up paying a higher price because they didn’t understand the ad in the first place.

Dunkin Donuts recently offered their customers on their rewards program, “Dunkin Perks,” 50 bonus points if they spent $4 using their Dunkin Donuts debit card. What they failed to mention was that customers had to spend $4 before taxes. Now that seems like a simple omission, but many customers probably got caught spending only $3.99, plus tax which brought them over $4. While they thought they would get the extra points, the company denied them their bonus points for one penny. Here, clarity was the key. And unhappy customers equals bad press more so today than previously.

Sure, what you say is important, but how you say it to your readers is just as important, if not more so. Don’t expect your readers to make a leap. What you perceive as clear to you may not be to them. This could be a leap in time, a leap in place, or a leap in understanding. How many times have you said something to someone, who is obviously hurt by your comment, only to quickly add, “I didn’t mean that.” If you didn’t mean what you said, then you should have said it another way. The same applies to writing. But it’s even more critical here because you can’t say, “I didn’t mean that” to a reader you don’t know and can’t see.
Posted by Bob Brooke at 8:50 AM