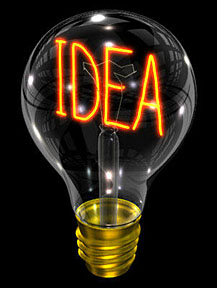 Every beginning freelance writer, whether of non-fiction or fiction, thinks that their ideas are great and everyone, including editors, should gobble them up. This is no accident. In fact, your teachers from the first day you entered school encouraged you to think of only original ideas and that everyone would like them. That may be the way academics think, but it certainly isn’t what life’s about in the real world.

So when you began freelancing, you reached inside yourself for ideas and doggedly forged ahead developing them without any concern for who would read and like them. You had no concern for your readers. Instead, you were more concerned about yourself. And that’s only natural since for at least 12 years, and for some people more, you learned that the writer and the writer’s ideas are the center of writing. But in the type of writing you’re attempting to do now, it’s the reader who’s at the center. To be successful, you have to write what readers and editors want to read.

Let's examine your ideas file. When you first began to consider freelancing, you probably clipped articles from the all sorts of major publications, as well as your local newspapers and printed out those you found on the Internet. You clipped information that interested you specifically, plus material about broad general trends. Then you filed these clippings in categorized folders to use later. Soon you realized you had been collecting loads of clippings but not acting on the ideas they inspired.

Or perhaps the opposite was true. You insisted on sticking to a few of your favorite story ideas even though they got rejected by editor after editor. You even tried some twice, hoping that they’d change their minds.

Let’s face it, organizing your ideas into marketable form isn't easy when you're starting out. The best way to get yourself on track is to get some feedback—ideally from other writers, but perhaps from an editor who looks kindly at beginners. Ask them why your ideas aren’t hitting the mark. In fact, ask readers—friends, colleagues, family members—if they would read a piece based on a certain idea. Talk about your work and listen to what’s said in return.

If you do happen to find an editor who will give you feedback, ask him or her why you haven't been able to interest them in any ideas you’ve sent. Also ask how you should rearrange your proposals and if and when he or she is most likely to be interested in some of your favorite ideas. Whatever advice you can get, act on it immediately.

Perhaps it's time to sit back and take a good, thorough look at the ideas you've been percolating, to check them against what editors say they want and need, rather than what you want to give them. At the same time reexamine your markets to see if any you once thought held promise still do, especially if you present them with ideas they want and need.

Before you send an idea to any publication or publisher, be sure to check out what they have already produced. Read several issues of a magazine or send for the current catalog from a book publisher. Keeping your ideas in mind, peruse either carefully to see if your ideas match the ones already done. If so, you know you’ve got a good chance at success with that publication or publisher. If you send out your favorite ideas blindly, you’re doomed to failure.

If you already have been published by magazine or book publisher but your current ideas have been rejected, reexamine that market to see if it has changed direction. Have they lost ad revenue or are taking different types advertising than before? Are they publishing pieces that they wouldn’t have before?  Have they cut back on freelance pieces or are they only publishing well-known writers? And most importantly, has the editor changed since you last wrote for them?

If you’re intent on publishing a book, you’ll find the book publishing industry in a state of flux. Recently, a major New York publishing house filed for bankruptcy protection. More are sure to follow.

Take a good hard look at your ideas. Will they be interesting to readers? If so, which group? Focus your ideas on what readers want to read, and you’ll come out a winner just about every time.