Tapping Into a World of Ideas 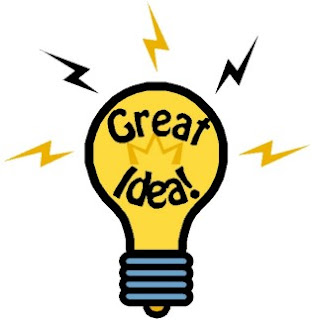 Ideas are around you all the time. As a busy freelancer, you’ll discover that as you get on a regular schedule of researching and querying markets, you’ll uncover an abundance of ideas and places to offer them. Your problem, however, is to keep your workable ideas in perspective and to discard or file for later use those that aren't ripe yet.

So where do you get your ideas? There’s a whole world out there just filled with ideas. All you have to do is tap into them. Sounds simple, doesn’t it? But you’d be surprised how many writers find it hard to come up with good ideas. Would-be freelancers often find it difficult to recognize the right idea or angle.

Take the subject of retirement, for instance. A non-fiction writer might think of a number of possible article ideas that will be of interest to retirees. However, knowing which group of retirees will be reading the article will further help to focus or slant it to them. Will the article be aimed at those who want to travel or will it be aimed at starting a new business? A fiction writer, on the other hand, might write a story about how a particular person dealt with being "put out to pasture" or the idea of not being useful to anyone anymore.

Also, an article idea will sell more quickly if it’s important and timely. A good idea should take into consideration basic human drives—sexual gratification, maternal love, self-preservation, greed, acquisitiveness, ambition, etc. These selling ideas, which are of vital interest to readers, should also offer something extra—new details on an old story or added insight into an age-old problem.

Since ideas are everywhere, you should be looking for them wherever you go—at the supermarket, at professional meetings, at the bank, at the doctor’s or dentist’s office. There’s an idea hidden in everything you do—cashing your checks, doing laundromat, cooking dinner, or traveling to a relative's.

But observing isn't enough. Once an idea has clicked in your mind, jot a note to yourself so that you're clearly reminded of it when you need it (See the previous blog on creating an idea book from Dec. 11, 2009).  Otherwise the clever notion will disappear with yesterday's online news or in the heat of today's frantic schedule. And as soon as possible, draft a query about your idea and the angle you'd follow—a couple of brief but very specific paragraphs will suffice at this point—and list at least six possible markets for the story. If you’re writing a short story, create a synopsis of several paragraphs telling yourself what the story will be about. Then list 10 possible markets.

With this plan, you have already conquered the vagueness that surrounds most beginners' writing wishes, and have committed yourself to a professionally conceived follow-through.

Remember, there are two kinds of writers—the first writes whatever comes out of their head without much thought or planning (the “I-have-a-book-in-me crowd”) while the second comes up with lots of ideas that will keep them writing for a long time to come.
Posted by Bob Brooke at 9:48 AM