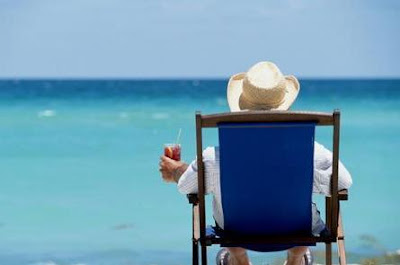 If you’ve been working for years as a freelance writer, will you be considering retiring as other working people do? When you work for a salary, your job has an end point. For most people that’s around age 65 or a bit later. But for a writer, is there an end point?

Some writers, especially those who write books, have one or two successes, then nothing. While they may be in the limelight for a little while, it’s not a steady income. But a freelance writer, even a moderately successful one, has the ability to publish in different market for as long as those market exist.

But after you’ve been writing for 20 or 30 years, you may be ready to switch gears. As a freelance writer, you’ve been writing mostly non-fiction. Now that you’re approaching retirement age and a regular Social Security income, even though it may or may not be as much as you earned previously,

Do you know many former writers? Does that category even exist? Do you, as a writer, have an obligation to write or is that something you have for yourself? It’s one thing to stop feeling the obligation to write and another thing to never write anything again. After all, it’s as odd for a writer to be retired from words as it is for a man or woman to be retired from love.

Perhaps it’s not so much retirement from writing as it’s retirement from commercial publishing that you seek. After all, you have been putting up with the vagaries of editors for your entire career. Don’t you wish that you didn’t have to struggle so hard? 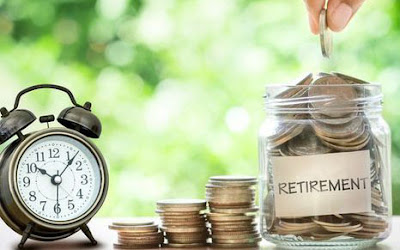 The Retirement Book of Genesis might read like this: “ In the beginning, there was no retirement. There were no old people. In the Stone Age, everyone was fully employed until age 20, by which time nearly everyone was dead, usually of unnatural causes.” That’s not true today, as people live longer and are more active for a longer period of their lives. So, too, are writers.

Retirement resulted from the pension system enacted in Germany in the late 19th century, but it didn’t come to America until the 1930s, when the country needed to find a way to make room for younger workers by encouraging older ones to stop. Older people like retirement because they get to stop working and still enjoy some financial protection, whether from the U.S. Government or from their own pension or 401K contributions. Young people like retirement because it gets the old people out of jobs, making room for them. Maybe there are too many writers—or not enough readers to go around. Unfortunately, compulsory retirement won’t help all the young writers out there. 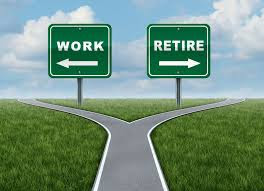 Unlike sports celebrities, writers have fewer fans. They earn less money and their value to the public isn’t necessarily diminished by age—Charles Dickens did much of his best writing in his older years. In many cases, it is enhanced, not simply because there’s a real possibility that their talents will improve with years of practice, but also because readers want to interact with them at 90 as much as they do with writers at 20.

All writers are different, so it’s impossible to tell when each will produce his or her best work. Some never match their earlier work while others reach their peak mid career. Still others don’t begin writing until later in life and reach their peak almost near the end of their lives.

For a freelance writer, retirement actually means the end of struggling. Officially, you’ll gain a steadier income after 65—or now 66. And you won’t necessarily have to struggle to pay bills, so you can take a much needed sigh before continuing on.

Next Week: So You’re Retired, Now What?