Pinning a Value on Your Time 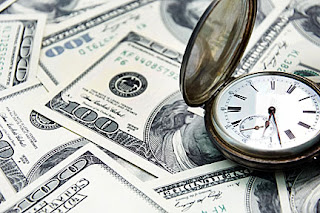 Writers, like other artists, often have a hard time when it comes to pricing their work. With visual artists, it’s a difficult prospect because a project may take hours and hours of grueling work before its completed. If they charged an hourly rate, their work would be overpriced in the market place. Instead, many just take a wild guess and figure that if someone wants one of their pieces bad enough, they’ll pay whatever it takes to get it.

As a writer, on the other hand, if you produced one copy of a book, for example, and charged what it took in time to produce it, no one would buy it. But as a writer, you have an advantage. You have to ability to produce multiple copies of a work or get paid by a publishing company for them to do so. Artists who have adopted this same business model are doing significantly better than those that don’t.

Still, how do you figure out what your time is worth? The first thing you have to remember is that you’re in business. And as such you have overhead—the cost of utilities, including phone and the Internet, office supplies, postage, food, transportation, insurance, equipment, clothing, etc. All that adds up! And before you can make any profit, you have to be able to pay for it all.

There’s no guess work involved when figuring out what your hourly rate should be. It’s simple mathematics. First, you add up all your regular monthly expenses, then you factor in the cost of extras, such as buying replacement equipment. If you can’t wait to get the latest smartphone, then you’ll have to add in that cost to the mix. You can’t leave anything out. 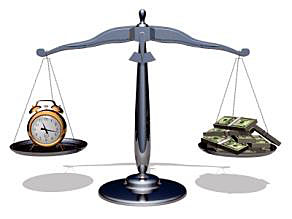 Next, you need to divide your total monthly expenditures by four in order to get the amount you spend per week. By dividing this by seven, you’ll find out what you spend per day—even on days when you’re not actually working.

If you work the standard 40 hours—not necessarily 8 hours per day—then you should divide your weekly total by 40. Let’s say your monthly expenses come to approximately $1,600, then your weekly expenses would be about $400. Dividing that by 40 hours gives you an hourly rate of $10. But that doesn’t allow for any profit, so you must add on an equal amount or higher to make sure you’re getting enough to cover your expenses and make a profit.

However, you won’t necessarily be working steadily as you would in a salaried position. Instead, you may work more one week than in another. Generally, money won’t be flowing in regularly. So it’s a good idea to make your hourly rate slightly higher to cover the times when you may not have any work. In the beginning, you can possibly shoot for a lower rate, increasing it as you gain more experience and more complex assignments. 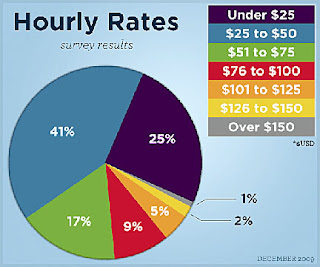 While you probably won’t ever get your hourly rate, at least you’ll be able to judge if what you’re getting paid is enough for the time you put into your work. You may also want to consider establishing a minimum rate for writing projects. But don’t make that rate too high or you’ll be cutting yourself out of some easy jobs that overall will net a higher profit.

While you won’t have much control when it comes to be paid by editors of magazines and newspapers—essentially, they generally tell you what they’ll pay you—you still need to know if what they’re paying is enough for the time you put in on a project.

Many freelance writers make the mistake of putting in the same amount of work on each article they write and then get paid a different amount for each piece. But unlike products produced by other businesses, no one piece of writing brings in the same amount from different publications. You may get paid $300 from one publication and $50 from another for exactly the same piece. Also, some editors may only pay a pittance but ask for a lot more work. It’s only by knowing your hourly rate that will enable you to decide it what they’re offering is enough for you.