The Key to Unlocking the Door to Success

Communication is the key to unlocking the door to success. Believe it or not, you already have it in you. But you’d be surprised how many writers—in fact, how many people—cannot communicate effectively.

Writing is one of many forms of communication. Like listening, it requires a reader to digest the ideas provided by the words. Remember that old saying: "If a tree falls in the forest, does it make a sound if no one is there to hear it?" That could be changed to read: "If a writer writes down his or her ideas, do they exist if no one reads and interprets them?"

This concept should be the basis for your writing. Using it is the difference between being a writer and a person who writes. Everyone learns to write in school. But most people don’t communicate well. Instead, they rely on the reader to interpret what they have to say.

This happens everyday on Facebook. Most Facebook users assume that they’re writing only to their close friends. Actually, most of them are really sending their posts out to all their Facebook “friends,’ many of whom they don’t personally know. Normally, they shorthand their posts, assuming their personal friends know what they mean. But those Facebook “friends” who don’t know don’t understand what they’re trying to say, thus mis-communication occurs.

As a professional, published writer, you must make sure that everyone who read’s your work understands it. 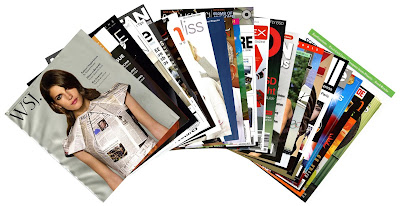 If you write articles for magazines, for instance, you already have a target audience—a defined group of readers based on the subject matter of the magazine. Most magazines today specialize in a particular subject, so you must slant your article to meet their needs.

However, if you write books, your readership is often undefined. Sure, some may argue that if you write a romance novel that only women of a certain age will read it. But in reality, what’s to prevent any reader from purchasing the book at a bookstore, a book sale, or even on Amazon. Chances are men won’t read it, but you never know.

So knowing who your reader will be is an important part of the communication equation. To be successful and get your work published, you need to write for a specific group of readers who will understand not only what you’re writing about but the words you use to do so.

Too many beginning writers write for themselves without considering who will read their work. Because of this, they fail to get published. Naturally, there are other reasons why they may have trouble getting their work published, but lack of communication is Number One.

Have you written pieces that have yet to be published? Get them out and read them again. Did you write them for a specific group of readers or just yourself? Changing the angle or focusing these piece better may still help you get them published.